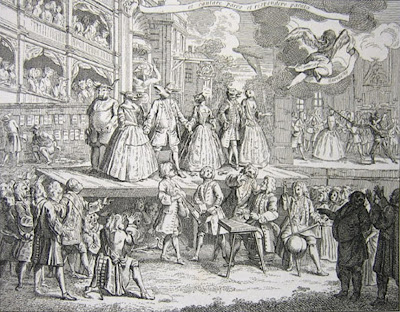 Strange company is reeling from this week's assortment of links. So are the cats.

The latest installment in this ongoing Path Through the Peculiar:

What the hell is Mount Shasta?

And who the hell are the Black Eyed Children?

And what the hell was the Enfield Poltergeist?

And what fresh ham is this?

Story of the week:  NBAlien?

The ordinary suburban British home that became a time capsule.

Hollywood has always lacked even the most basic moral principles?  The devil you say.

The word "Badass" should have been put into permanent retirement when Adrian Carton de Wiart died.

Putting some life into death.

Baptisms are supposed to help you go straight to Heaven.  One 19th century preacher took that a bit too literally.

A tragic case of death after life after death.

Food can't be too spicy for the likes of me.  Chilis, pepper, curries, bring 'em on.  I am also fiercely antisocial, hopelessly introverted, irredeemably misanthropic, and generally the most undynamic, do-nothing blob in all these United States.  Good going, Science, you've done it again.

The astonishing Ellora Caves of India.  They make the Egyptian pyramids look like a kid's Lego set.

The unexpected hazards of second-hand clothing.

In which I am cheered to realize that there are worse things than being homely.

Mommie Weirdest:  In which I am even more cheered to realize that I do not have a mother who sees me as a data-mining project.

The mystery of the medieval Chinese pearl UFO.

The real Watergate.  In Turkey, no less.

The curious saga of the Andes, Atlantis, and Adolf Hitler.

This week's PSA:  Reddit explains the dangers of time travel.

After getting through a post of demonic alien children, Nazis, severed limbs, pig monsters, poltergeists, and, most frightening of all, Ms. Amy Webb, I know what you need right now...

Finally, the latest local What Why the Hell is It:  Last weekend Santa Anita held a home and garden show. (You know, I'm old enough to remember when the place was a racetrack.) This was one of their prized exhibits: 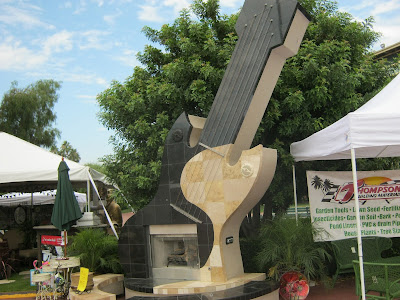 That home show was full of curious delights.  My favorite was the booth offering a free chiropractic exam. Right next to it was a booth advertising Forest Lawn, presumably for when the chiropractic exams don't go very well.

Anyway, I'll see you all Monday, when I will be presenting the enigmatic case of Eliza Fenning. Was this 19th century cook a poisoner, or the victim of a miscarriage of justice?
Posted by Undine at 5:15 AM