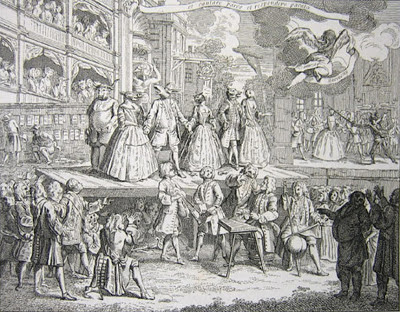 This week's Odyssey of the Odd:

What the hell--and I do mean "hell" is this?

And who the hell is trying to tell us something?

And what the hell is on this old rock?

Whatever the hell these rocks are, don't pick them up.

Greatest. Art Museum.  Ever.  That is all.

“This piece could only be improved with cats.” Sorry, I spoke too soon. This is the greatest art museum ever.

A companion piece to the link above:  Seagulls are very sociable, as well.

The story of an Italian pathologist who investigates Renaissance-era "cold cases."

So, who says love is dead?

I doubt anyone really wanted to find this guy, anyway.

"The loveliest woman in America"--and, ultimately, one of the saddest.

"John Nelson":  A murderer who knew how to keep a secret.

The legend of Alice Flagg, one of South Carolina's most romantic ghosts.

Bizarre, unexplained creatures can be found haunting a lake in Scotland.  Oh, along with the Loch Ness monster, of course.

Don't you just hate it when you marry a guy and he turns out to have a ghostly doppelganger who likes to get up and shave in the middle of the night?

Meet a 23-million year old lizard.  And he doesn't look a day over 15 million.

"[He] opened a door and something flew in."  The life and times of John Whiteside Parsons, anti-christ, poet, genius, rocket scientist, and all-around disciple of The Weird.

The colorful history of Billy the Kid's busy finger.  No, that's not the title of a Wild West-themed X-rated film.  Now cut that out.

Internet flame war of the week:  Troll vs. Cat.  Guess who wins.

If it's Friday, that must mean it's Creepy Victoriana Time!  Meet Euphonia.  And then prepare to have your nightmares taken to a whole 'nother level.

And let's see some Victorians losing their heads over portrait photography.  If you've been following this blog for any length of time, I don't think you have to open up the link to guess what's coming.

The Creepy Victoriana keeps coming!  I'm not even sure what to say about these photos.  Anyone remember that "I Love Lucy" episode where Lucy thinks the new neighbors are Russian spies, so she sneaks into their apartment to investigate, and winds up disguising herself as a chair?

The scriptwriters must have gotten their inspiration from these images of Victorian motherhood.

Getting up close and personal with a live volcano.

For only $8500, you, too, can proudly tell the world, "I'm a complete freaking moron who needs to have  my credit cards cancelled and my bank account frozen ASAP."

The day in 1973 when someone kidnapped Edgar Allan Poe.

Tweet/photo of the week:  Ladies and gentlemen, let us make a visit to Pig Beach and live high off the hog.

Finally, I must mention that yesterday was the feast day of this blog's patron saint, Olga of Kiev.  An overview of this remarkable woman's astonishing career can be read here.

See you all on Monday, when I relate the story of a pickpocket and murderer whose memoirs became one of the best-selling books of the 19th century.
Posted by Undine at 5:15 AM