This week's Link Dump is ready to take flight! 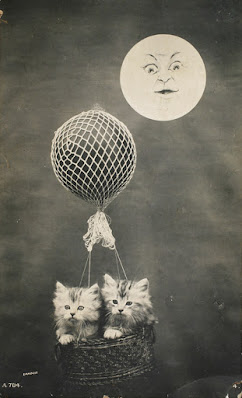 Why the hell was the Pyramid of the Sun built?

What the hell happened at Dyatlov Pass?

The link between science and magic in the 18th century.

An important Anglo-Saxon burial site has just been discovered.

A brief history of the 10th Mountain Division.

The many early human species.

Whiskey and the American frontier.

A mysterious burial in a moor.

Indenture in the West Indies.

The invention of currency.

The curious career of a novelist banned by the Nazis.

A big "Oopsie!" about electric cars.  Several of them, in fact.

Some tips on how to be a genius.

Saving maps of the Spanish Armada.

The world of pirate publishing.

The Kaiser's Asia and Pacific Campaigns of WWI.

The link between cheese and witchcraft.

A teapot sets off an international incident.

A look at the remarkable Alexander von Humboldt.

A mysterious murder in a boarding house.

How to drink like a Colonial American.  Just give your liver fair warning first.

The menu of a Pompeii tavern.

A Yowie in New South Wales.

A castle that boasts its very own demonic imp.

For some reason, there's an intercontinental scientific study of sourdough DNA.

The man with the world's deepest voice.

The latest theory about the Nazca lines.

The archaeology of beer cans.

A brief history of passports.

That's all for this week!  See you on Monday, when we'll look at an unexpectedly complicated family murder.  In the meantime, here's some 17th century dance music.