Welcome to our Friday Link Dump!

Where everyone is guaranteed a good time! 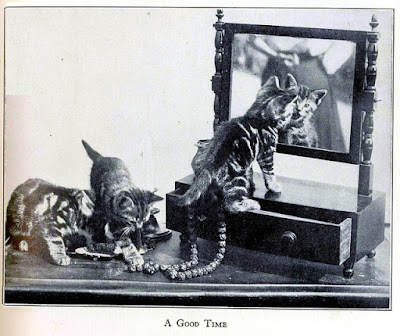 Why the hell was Stonehenge built?

Napoleon's last years, as described by his doctor.

Don't try to steal a kiss from a maid who knits.

A death at the Tower of London.

Some handy tips for the next time you have to scrub thousands of years of bird poop from an ancient temple.

Gluttony in the 18th century.

The mystery of two women of the Old West.

The man who fought with a ghost.

The archaeology of plastic.

Animism and the ancient Celts.

The adventures of Betty the Hobo Cat.

The adventures of the Duchess of York's wolf.

A possible sign of intelligent life beyond our planet.

A brief history of baby walkers.

The sounds of the Stone Age.

A complicated case of false imprisonment.

The brothers who picked fights with sharks.

When witchcraft was used to try to kill a king.

A drawing of a pig is the earliest known cave art.

The horrifying case of Gennie Pilarski.

The mistress of Napoleon III.

A memorial to an early 19th century murder victim.

That's it for this week!  See you on Monday, when we'll look at an unknown person's mysterious death.  In the meantime, let's get medieval.