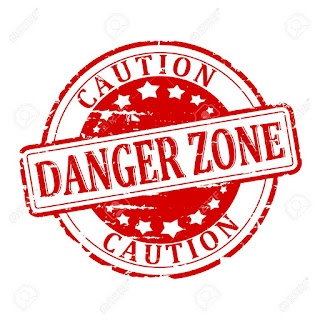 Some months back, I published a--let's be blunt here--quite nauseating story about a grave-robber's gruesome comeuppance. As I said at the time, I posted it with a few misgivings, fearing that it was just a bit too...robust for my sweetness-and-light, family-oriented blog.

Well, it turned out to be one of my most popular posts last year, which, frankly, tells me more about the blogosphere than I ever wanted to know. In fact, one or two of my readers intimated to me that they found the story rather tame, and if I wanted to offend them, I'd have to try a lot harder.


For forty-two years past Richard Rossiter, commonly known as "Grandfather Dick," has lived in the Southwest. Yesterday he returned to his old home on Staten Island. He was soon surrounded by a group of relatives and friends, to whom he told many startling stories, of which the following is one of the mildest. It should be said that amid many temptation to exaggerate, "Grandfather Dick" has preserved an untarnished reputation for veracity:

"In 1843, while Texas was yet an independent republic, I was engaged as manager for a herder named Francis Seph. I was engaged with a party of rancheros upon the Rio Grande, near Laredo. Just across the river was a Mexican town, also called Laredo. The river at this point is nearly a mile wide, but during the dry season is fordable. The fall of '43 was uncommonly dry. and every day our camp was visited by miners and herders from the Chihuahua mountains. They were rough-bearded fellows, who would rather fight than eat, and thought no more of blazing away with a pistol than I do of drinking a glass of beer. One night we heard the familiar splash of the mustangs' hoofs in the water, and soon no fewer than thirty greasers were lounging about our big fire. In its ruddy light their fierce, swarthy faces looked darker and wilder than ever.

"Alvie Dederick, an escaped Prussian convict, one of my gang, after drinking pretty freely, began to tell how Dick Tuloul, a Canadian miner, was very unlucky, never striking it rich, but always begging aid of his comrades. 'It's a lie,' replied the Canadian, who was lounging in the long, trampled prairie grass on the other side of the fire; 'and even if it were not, I'd rather beg of the boys than steal their dust.'

"'What do you mean?' demanded Dederick, jumping up, with his eyes sparkling like a tiger's and his hand on his knife. 'You know best what I mean--thief!'

"A moment before you could have heard our noise 'way across the river, but now all was silent as death. We were as still as though turned to stone. In the white heat of the Prussian's sudden race his face turned fairly pale as he strode deliberately around the fire to the spot where Tuloul stood to receive him. No one offered to interfere, for it was not considered in good taste at Laredo to meddle in the personal controversies of gentlemen. The men near Tuloul moved back a little to make room for the muss. Quick as lightning the ex-convict threw his brawny arms about the miner and bit a good-sized steak out of his ear. He then backed deliberately to his former position, chewing the delicious morsel. One hoarse, terrible curse came from Tuloul's lips, as the blood poured down his hairy neck and over his soiled flannel shirt. Then, in the midst of a silence broken only by the crackling of the fire and the sighing of the night wind in the grass, the Kanuck in turn stepped toward the Prussian. The two wrestled for a moment in close embrace, and when they separated Dederick's nose was missing and Touloul's bearded mouth and chin were red. Both men drew their weapons when old Nine-Fingered Jim, who had the voice of a Texas bull, rushed between them and cried: 'Hold on, boys! If you are so fond of fresh meat, have enough. We'll chain you together an' lower you to the bottom of San Esteban canyon. Thar's light enough down thar ter fight by. Fight till one of you passes in his chips an' then t'other must live for five days and nights on the dish you both seem so fond of.'

"Maddened and writhing with pain, the two men consented and the whole party hurried to the canyon, which was about five miles from camp. It was a mere crevice in the earth, San Esteban, but so deep and dark that it seemed like the very gate of death. To tie a score of lariats together and lower Tuloul and Dederick into the chasm was the work of but a moment. The combatants were firmly chained together, with no weapons but their knives. Up through the impenetrable darkness came to us the faint clash of steel as we leaned over the edge and strained our eyes vainly for a glimpse of the belligerents.

'"We can't see nothin' to-night, boys,' said Nine-Fingered Jim, in a tone of disappointment. 'Let's go back an' all promise not to come here in five days.' All hands promised, but I think that during those days of suspense more than one man in the camp was tempted to break his word.

"Sunset on the fifth day found us again at the brink of the canyon. I leaned over the edge and, looking down, saw the shadowy, motionless forms of the two men lying on the rocks at the bottom.

"'Alive, Dick!'" I called. No answer. 'They are both dead,' whispered the men. To make sure, however, a burly herdsman was lowered and we saw him examine first one body and then the other. A t last he raised a limp form in his strong arms and gave the signal to be raised. Never shall I forget the awful, sickening feeling that crept over me as we dragged the two men up. The herdsman's broad shoulders concealed the face of his burden, but when both were lifted over the brink of the precipice we recognized the sunken, mutilated features of the Prussian. He was unconscious and we thought for a long time that he was dead, but frequent doses of Laredo whisky,which we forced between his lips, revived him. With his head resting against big Geronimo's knee, he told his story, while the men crowded close around to get within sound of the feeble voice.

"'Soon after we got down,' he said, 'the circus began. Bound together as we were, we could not see each other, and did little damage for a long time. Then I felt faint ind lost my senses. When I came to the sunshine was beating upon my face and Tuloul was lying at my side. He was cold and still. His jaw had fallen, and his eyes, like glass balls, stared at the little belt of sky. I tried to rise, but could get no further than a sitting position. Upon taking in inventory of myself I missed large slices from my thighs and breast. I saw them on a rock at the Kanuck's feet. Reaching for my knife, I chopped off his left hand, thereby freeing myself from him. Then I passed two days of horror and starvation. Gnawing hunger finally overcame all else and I ate'--here his voice sank so low that that only those of us who were very close to the speaker caught the words--'my own flesh. May God forgive me.'"

All I can add is that if this was one of Grandpa's milder stories, I'm guessing he wasn't in great demand as an after-dinner speaker.
Posted by Undine at 4:32 AM