Strike up the band! 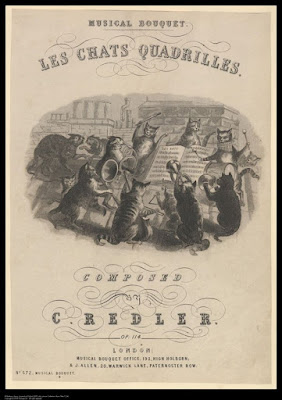 What the hell was "gaol fever?"

The life of Joan, Queen of England.

A mysterious assault at an isolated house.

Some surprises from the largest comet ever located.

The difference between Father Christmas and Santa Claus.

A newly-discovered victim of Vesuvius.

The (attempted) airships of the Civil War.

A network of fugitive Nazis go to war.

This week in Russian Weird looks at some really freaking old fossils.

A guy obsessed with serial killers turns out to be--surprise, surprise!--pretty weird.

How to stop your wife from ever hugging you again.

A brief history of chop suey.

The crash landing of a Japanese bomber during WWII.

The dreadful death of Caroline of Ansbach.

The history of "It's a Wonderful Life."  (Confess Your Unpopular Opinion Time: I hated that movie.)

That time when the British couldn't watch TV at 6 p.m.

Why an ancient Chinese civilization disappeared.

A weird grave in London.

What may be the oldest known bedding.

The birth of the "picaresque novel."

In which Ann Jefferies dances with the fairies.

The evolution of "begging the question."

That's all for this week!  See you on Monday, when we'll look at a family's mysterious illness.  In the meantime, here's some Macedonian folk music.