A Witch Trial and a Shape-Shifting Apparition: An Obscure Bit of The Weird 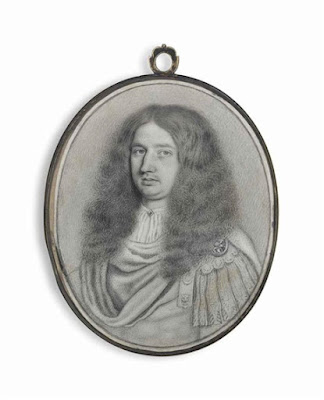 The "Memoirs" of Sir John Reresby (1634-1689) contain a reference to a minor witch trial which somehow morphed into one of the oddest "ghost" sightings on record:


Leaving the public affairs for a while, at this untoward pass, I would venture to take notice of a private occurrence which made some noise at York.

The assizes being there held on the 7th of March, 1686-7, an old woman was condemned for a witch. Those who were more credulous in points of this nature than myself, conceived the evidence to be very strong against her. The boy she was said to have bewitched, fell down on a sudden before all the court, when he saw her, and would then as suddenly return to himself again, and very distinctly relate the several injuries she had done him: but in all this it was observed, the boy was free from any distortion; that he did not foam at the mouth, and that his fits did not leave him gradually, but all at once; so that, upon the whole, the judge thought it proper to reprieve her, in which he seemed to act the part of a wise man. But though such is my own private opinion, I cannot help continuing my story. One of my soldiers being upon guard about eleven in the night, at the gate of Clifford Tower, the very night after the witch was arraigned, he heard a great noise at the castle, and going to the porch, he there saw a scroll of paper creep from under the door, which, as he imagined by moonshine, turned first into the shape of a monkey, and thence assumed the form of a turkey-cock, which passed to and fro by him. Surprized at this, he went to the prison, and called the under-keeper, who came and saw the scroll dance up and down and creep under the door, where there was scarce an opening of the thickness of half a crown. This extraordinary story I had from the mouth of both the one and the other: and now leave it to be believed or disbelieved, as the reader may be inclined this way or that.

You have to admit, this is not the sort of thing that happens every day.
Posted by Undine at 4:34 AM