The staff at Strange Company HQ celebrate the launch of a new Link Dump! 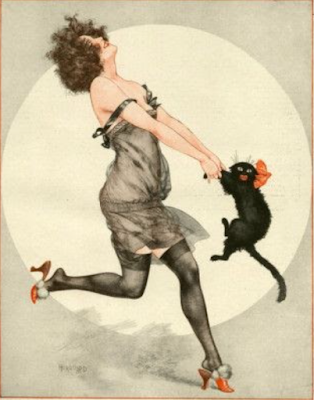 What the hell happened to the SS Poet?

What the hell caused the Great Sheep Panic?

Getting creative when it comes to addressing a letter.

The birth of counting.

The man who survived a catastrophic brain injury.  (And, yes, this is a Thomas Morris post, so be warned that you'll hear every last detail.)

The enduring influence of Poe.

Personally, I already do.

Murder and an "unnatural love."

The end of the Paris Commune.

If you're renting a haunted house, it usually does little good to take the matter to court.

Enliven your weekend by contemplating all the ways the Sun can kill us.

A creepy case of murder and black magic.

The "belly of Paris."

This week in Russian Weird looks at a strange death in Siberia.

From flattering prospects to perfect destitution.

The link between water and UFOs.

The UFO capitol of Australia.

The real-life "Lord of the Flies."

How to turn apples into marshmallows.

Some personal accounts of time-slips.

It's safe to say that this is a murder that will never be solved.

Robert Boyd, who died like a gentleman and soldier.

The man who could grow at will.

A very unusual way to find a wife.

The Nine Men of Madeley.

Archival files related to the beginning of Pakistan.

The ghosts of Warwick Castle.

What may be the world's earliest known war memorial.

The unsolved murder of a private detective.

The murder that created Scotland Yard.

UFOs and a musician's strange disappearance.

The dark side of Victorian baby farming.

That's all for this week!  See you on Monday, when we'll look at a ghost story with a happy ending.  In the meantime, here's a bit of Bach.