And the Strange Company HQ staff can scarcely contain their excitement. 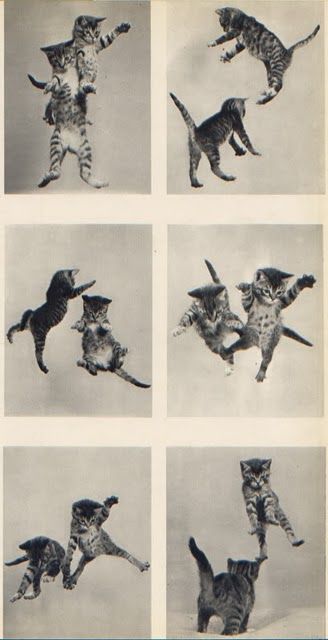 What the hell are the stone balls of Skara Brae?

What the hell was the Boscombe Down incident?

What the hell happened to Betty and Barney Hill?

Watch out for the Yay-Ho!

Watch out for the Ogopogo!

The (gruesome) details of a 17th century examination of witches.

The man who made dead fish speak.  Although I'm not certain why anyone would want to.

Mary Astor's sex scandal; or why some people just shouldn't keep a diary.

Why you wouldn't enjoy picking oakum.

Well, so much for the laws of physics.

How the Dutch made good money out of the American Revolution.

The ingenuity of ancient engineering.

A look at historical types of walks.

How the friendship between Lady Mary Wortley Montagu and Alexander Pope ended.

Another gateway to Hell.  Our planet has a lot of those, which shouldn't surprise anyone.

The ghost of Nottingham Castle.

Hypnotism as a murder alibi.

The world's most isolated monk.

We may be the alien planet.

Yet another reason to hate Zoom.

A murder mystery from the 3rd Century AD.

That time they found the Devil's skeleton.

The strange tale of the Public Universal Friend.

The playwright who may have inspired Shakespeare.

Some of history's oddest books.

The poetry movement that wasn't.

In which a geologist is beaten up by an octopus.

The mysterious rumbles of Mars.

The mystery of the queen's disappearing daughter.

A brief history of the peanut butter and jelly sandwich.

A study showing the dangers of extreme fasting.

A Viking massacre in Saxon England.

People were collecting crystals 100,000 years ago.

The man who is recreating ancient musical instruments.  The yazh does sound lovely.

Treadmills in the Victorian era.

Ancient coins and a piratical mystery.

Taxes result in a lot of unintended consequences.

A 13th century soap opera with a surprise happy ending.

A look at 19th century Limehouse.

And that's a wrap for this week's Link Dump!  Tune in on Monday, when we'll look at a priest who claimed to travel through time.  In the meantime, here's Merle Haggard: