The Case of the Time-Traveling Priest

Pellegrino Ernetti was unquestionably a man of parts.  The Italian Benedictine monk was not merely a renowned religious and archaic music scholar; he held a degree in quantum and subatomic physics.  On a more curious note, Ernetti was also one of his country's most accomplished exorcists.
In short, Ernetti was a man to be taken seriously.  Which is why the world was so befuddled when, during the 1950s, Father Ernetti announced that he had succeeded in building a time machine.
His alleged invention, which he called “the Chronovisor,” was not a “time machine” in the sense that it allowed the user to physically travel to other eras.  Rather, it was sort of a Fortean television set which gave one the ability to view on a screen events in the past as they happened.  According to Ernetti, he had been working on the machine since 1950 in collaboration with a group of 12 other scientists who, perhaps unsurprisingly, wished to remain anonymous.  (Rumor had it that Ernetti’s cohorts included Enrico Fermi and Wernher von Braun.)

Ernetti calmly and unhesitatingly talked of his trips through history via the Chronovisor.  He witnessed a performance in 169 B.C. Rome of Quintus Ennius’ now-lost tragedy “Thyestes.”  (Ernetti provided a transcription he had made of the play.)  He toured a first century AD Roman market.  He viewed speeches by Mussolini, Napoleon, and Cicero.  (Regarding the latter, Ernetti noted that the Latin pronunciation taught in schools today is incorrect.)  Most startlingly, Ernetti claimed he had used his Chronovisor to watch the final days of Jesus.  He presented a photo he claimed to have taken of Christ dying on the cross, which, it must be said, did little to convince skeptics.  (It was eventually identified as a close-up photo of a wooden crucifix on display in the Sanctuary of Merciful Love at Collevalenza.) 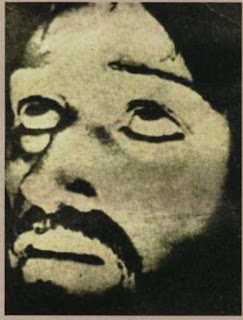 Unfortunately, Ernetti never provided many details about his astonishing creation.  The Chronovisor was said to be made up of antennae of various alloys, a sort of steering wheel driven by electromagnetic radiation which enabled the user to hone in on their chosen time and place, and recording devices to copy the sights and sounds of our distant past.

Ernetti told friends that he came to believe his device was just too successful. He and his team dismantled the Chronovisor, fearing what could result if it fell into the wrong hands. It had the potential, he said, to create "the most fearsome dictatorship the world has ever seen." Despite the complete lack of hard evidence for Ernetti’s claims, he never retracted his story.  Although the priest became increasingly silent about his alleged invention, he went to his grave in 1994 content to let the world think he might--just might--have been a time-traveler.

It was after Ernetti’s death that the Chronovisor story really got weird.  In 2002, a French Jesuit priest, Francois Brune published a book, “Le nouveau mystère du Vatican,” (“The Vatican’s New Mystery,”) asserting that, yes, Ernetti’s machine really had existed.  Brune, who had been friends with Ernetti since 1962, accused the Vatican of suppressing all information about the Chronovisor. The Church not only ordered Ernetti to shut up about the damn thing, but covered up all proof of its existence, such as Ernetti’s research notes and blueprints.  (Regarding the dubious photo of Christ on the cross, Brune said that Ernetti had an explanation for its resemblance to the Collevalenza crucifix: the artist who made the icon was guided by a nun who had many visions of the Crucifixion.  Probably, he asserted, the nun had herself been mystically transported through time, enabling her to see the exact same scene that Ernetti had photographed.)  Brune didn’t blame anyone for assuming that Ernetti was merely a particularly wild fabulist.  However, he argued that it was impossible to believe that this brilliant and accomplished man of high moral integrity would be insane enough to make up such an implausible story.

A further complication to our little tale emerged in 2000.  New Paradigm Books published an English-language translation of Viennese journalist Peter Krassa’s 1997 book about Ernetti under the title “Father Ernetti’s Chronovisor.”  This edition included a previously-unknown “deathbed confession.”  This document was sent to New Paradigm by an anonymous source claiming to have been a relative of Ernetti’s present at the priest’s final hours.  In this “confession,” Ernetti admits that although he had been working on the Chronovisor for many years, he had never perfected it sufficiently to actually travel through time.  It took a near-death experience for him to realize that he, and not Quintus Ennius, had composed the text of “Thyestes” he had supposedly copied from an ancient performance.  In the “confession,” Ernetti revealed that he had spent many previous lifetimes struggling to create the Chronovisor, and he vowed to be reincarnated once more in order to try, try again.

Naturally, Brune dismissed this document as a forgery.  He pointed out, correctly, that the “confession” contained many inconsistencies and errors.  He also noted that the description of the Chronovisor allegedly provided by the dying Ernetti did not match in the slightest what the priest had told Brune and others about his device.  Brune scoffed that the document’s author “had read a little bit too much science fiction.”  He believed that the document was evidence that there are powerful forces who want all of us to doubt that the Chronovisor was real.  And, perhaps, Brune mused, it was “for the good of humanity” that the Chronovisor should remain hidden, as “such an invention would run the risk of overturning all of our social structures.”

In other words, if the Chronovisor ever existed, perhaps it shouldn’t have.