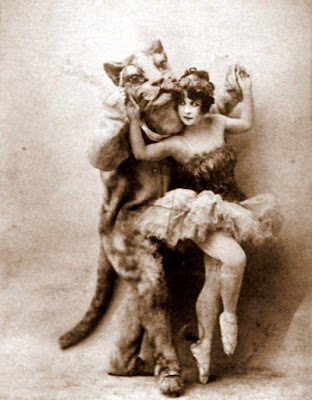 The mysterious murder of Rose Ambler.

The life of the first King of England.

The working dogs of medieval Europe.

The legends surrounding a vanished ship.

How Margaret Dickson became known as "Half Hangit Maggie."

And here we have a Half Hangit Confederate spy.

The man who is bringing "lost" whisky back to life.

The elephant of the Bastille.

The story behind Latvia's Cat House.

This week in Russian Weird looks at one very bad hike in the mountains.

When patients were treated with mineral water.

Conspiracy theories around a "lost cosmonaut."

Anyone else noticing that government officials are suddenly going full UFO?

Scotland's most haunted castle.  Or at least top ten or so.

The diary of a 19th century housewife.

The "Ken and Barbie" killers.  It still stuns me that Homolka is free as a bird and having children.

A strange note in a second-hand jacket.

How horses were put to work in the 19th century.

The world's most beautiful salt mine.

Why anatomists and body-snatchers were like peanut butter and jelly.

A brief history of Pears Pure Soap.  And their often astonishingly weird ads.

In praise of the fall of Rome.

The cradle and the coffin.

A brief history of the limerick.

Drawings of street life in 1835 London.

The mystery of the body in the chimney.

That's all for this week's Link Dump!  See you on Monday, when we'll look at a young woman's baffling disappearance.  In the meantime, here's some country gospel.