The staffers at Strange Company HQ are celebrating the release of this week's Link Dump! 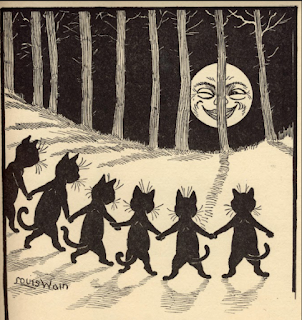 What the hell is the Sentinel Enigma?

A handy reminder that geniuses can be very bad people.

The emeralds of El Dorado.

A board game for everyone who's ever wanted to be an Anabaptist martyr.

This week in Russian Weird looks at why Soviet parents had their kids sleep in snow.

If you want to buy a famous haunted house, here's your big chance.

The (largely erroneous) folklore about an English inn.

A look at a lost ancient civilization.

One heck of an 18th century cabinet.

Photos of a lost East End of London.

Coaching inns during the Georgian Era.

How the British people saw the American Revolution.  Hint: a lot of them didn't like it.

A number of artifacts from the Middle Ages have been discovered in Poland.

You have the chance to buy Marie Antoinette's bracelets.  That is, if you have a whole lot of money and aren't too worried about possibly cursed jewelry.

A long, but fascinating article about a child prodigy's difficult life.

If you've ever wondered about the sex life of dinosaurs, this is your lucky day.

A look back to the days when they took hats very seriously.

The mystery of the vanishing shipwrecks.

Henrietta Barnett and the Workhouse children.

Animals who made headlines.

The ancient city that was destroyed by an asteroid.

A sideshow of Circassian Beauties.

Ancient Japanese history is being rewritten.

Some WWI mysteries at sea.

A murderer's execution is bungled.  Twice.

That's all for this week!  See you on Monday, when we'll look at an unusual way of paying back a loan.  In the meantime, this piece by Scarlatti seems appropriate for this blog.