Yes, it's time for yet another Link Dump.

Let's get the show started! 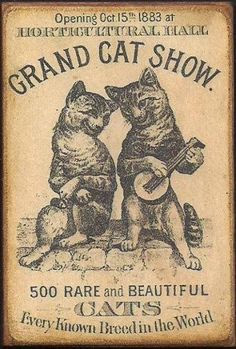 The murder of Alice Sterling.

The Los Angeles alley that made film history.

The theft of the Crown Jewels from the Tower of London.

The last WWII German holdouts...were by the North Pole.

Before the Wright brothers, there was Aerodrome No. 5.

Murders that were allegedly carried out by a voodoo cult.

A look at Spitalfields City Farm.

The tomb of a very unfortunate family.

One of the more unusual theories about Marilyn Monroe's death.

A cursed town in Alaska.

A case of accidental arsenic poisoning.

Bring on the Mesopotamian demons!

A thief who really liked undies.

A 19th century shower of frogs.

The aqueduct of Constantinople.

A big book of monsters.

The fuzzy line between life and death.

The mystery of the placebo effect.

The many adventures of a corpse.

Body-snatching and Scotland's most haunted road.

How our gut bacteria has changed over the centuries.

More proof that we really know little about human evolution.

How we hear sound.

A "message in a bottle" that might be from a Titanic victim.

The Bloomer Ball does not end well.

The eclecticism of contemporary paranormal investigations.

The development of the mug shot.

It's never a good idea to steal cursed statues.

The debasement of Tudor currency.

And let's end with some 19th century comic relief.

That's all for this week!  See you on Monday, when we'll have a particularly eerie little ghost story.  In the meantime, here's some '70s soul.