The Ghost Deals a Bad Hand 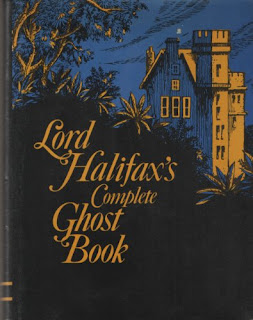 The following tale comes from that classic collection of mostly first-hand accounts of supernatural encounters, "Lord Halifax's Ghost Book."  It was related to Lord Halifax in 1920 by his nephew, Charles Dundas.  Dundas had recently heard the tale from a renowned Royal Air Force pilot named Edward Villiers.  (Later Sir Edward Villiers.)  It is one of the briefest stories in the "Ghost Book," but for my money--whether the tale is true or not--it's the creepiest of the lot.

Villiers had been quartered in a French flying camp.  Next door to him was a squadron of the Australian Flying Corps.  Fighter pilots tend to be a bold and reckless lot, but the Australians stood out in particular for their wildness and dissipated lifestyle.  Villiers observed that they lived by the principle of "Let us eat, drink, and be merry, for tomorrow we die."

One night, four of the Australians were playing poker.  They belonged to the same flight, which was due to go out the next morning.  As they were all--like most of the Aussies--heavily in debt, the game was played upon a "credit basis."

The youngest of the pilots was having a very unlucky night, and wound up as the game's biggest loser.  He passed around IOUs to his companions, sighing, "I cannot possibly pay you tonight, but I will pay you all tomorrow."

Next morning, it was this youngest pilot who was scheduled to go up first.  It was a clear, mild day, perfect for flying.  However, his flight had scarcely begun when something inexplicably terrible happened.  When he was only about 300 feet in the air, the plane suddenly spun into a dive and crashed, killing him instantly.  It was a mystery what had happened.  Villiers said that it was as if the pilot had deliberately forced the plane into this tailspin.

The next pilot to go up was another of the four poker players.  His plane had a seat for an observer and dual control, but he was alone.  When he was 500 feet in the air, observers were horrified to see a virtual repeat of the morning's tragedy.  His plane suddenly stalled and plummeted to the ground.  When pulled from the wreckage, the pilot was still alive, but he died soon afterward.  He was able to tell his rescuers that the young flier who had just been killed suddenly appeared in the observer's seat and jammed the controls, forcing him to crash.

The third pilot to go up was the third member of the poker game.  And exactly the same thing happened: his plane mysteriously stalled at around 500 feet and crashed.  As he was immediately killed, no one was able to question him about what had happened.

Villiers noted that by this point, the other pilots were "getting the wind up," which I'm guessing was a considerable understatement.  The last remaining poker player went to his commander to ask that he be excused from flying that morning.  This gambler did not like his odds.  He was refused.  It was his turn to go up, so that was that.

So.  Into the air he went...and, yes, when he was 500 feet up, his machine stalled, and it crashed.  He survived only long enough to say that the first dead pilot had appeared behind him and wrenched the controls away.

The young Australian had paid them all back.