This week's Link Dump is here! 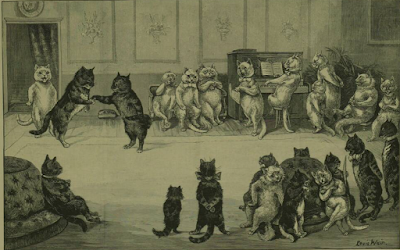 Who the hell was Edward II's very secret lover?

What the hell are the Skara Brae artifacts?

The "Worst Woman on Earth."

Marguerite of France, twice a queen.

Hundreds of people die defending the Ark of the Covenant.  In 2121.

A brief history of the British Women's Police Service.

The acoustics of Stonehenge.

The woman who helped prevent a nuclear war.

The controversial case of the sleepwalking killer.

The odd disappearance of a schoolgirl.

This week in Russian Weird looks at "Baikal Zen."

Without knowing it, a reporter interviews a murderer about his victim.

If you should come across an abandoned painting, consider that there may be a good reason it was abandoned.

How Edvard Munch vandalized his own painting.

Photos of a vanished London.

It turns out that maybe "42" really is the answer to everything.

An alleged UFO crash in Arizona.

If you're a shaman in need of work, go to South Korea.

A brief history of beard fashions.

The secret language of hobos.

The Duchess of Devonshire in exile.

Did Neanderthals have a language?

A gruesome find at Waterloo Bridge.

The dogs of the Arctic.

The life of a WWII flying ace.

Robin Hood and the Forest Rebels.

Jane Grey's letters from the Tower of London.

The problems faced by the families of 19th century merchant seamen.

A brief history of ketchup and mustard.

And that's it for this week!  See you on Monday, when we'll visit a Southern haunted house.  In the meantime, here's this lovely traditional hymn.