And the staffers of Strange Company HQ are here to start the show! 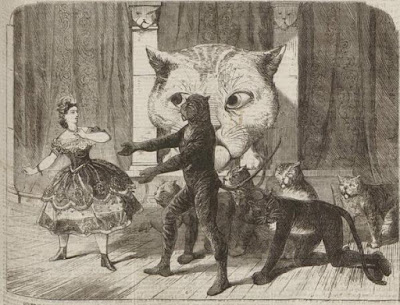 How the hell did Genghis Khan die?

What the hell was the Tunguska Event?

What the hell is causing these Martian landslides?

What the hell happened to Pan Am Flight 7?

Why the hell haven't humans gone to Mars?

Who the hell was buried at Sutton Hoo?

Further proof that Dyatlov Pass is not the best place to go sightseeing.

Glass beads that predate Columbus have been found in Alaska.

The only surviving film of the pre-iceberg Titanic.

Your big opportunity to learn what an 18,000 year old conch sounds like.

Dating advice from the Regency era.

A miller's daughter is--depending on how you look at it--either very lucky or very unlucky.  Oh, and steer well clear of water mills.

You find the damnedest things in bogs.

The folklore of ancient Celtic cauldrons.

In related time-traveling news, you can now view the Bayeux Tapestry in high-resolution.

The mysterious deaths of two girls in India.

Early Modern tips on how to choose your child's gender.

The comrades of Sergeant York.

The Witch of King's Cross.

How to prevent your corpse from being stolen.

Some fun snapshots of mid-1960s London.

A train station that just exists for the view.

A cemetery that was "the resort of thieves and harlots."

The man who was too tall.

An ancient payslip shows it was rough being a Roman soldier.

This week in Russian Weird shares the eerie sounds of Lake Baikal.  And how prehistoric people were able to soften ivory...and we have no idea how they did it.

The career of an 18th century sexologist.

How Robert Preston made his fortune in the East India Company.

Another look at that "Famous Cats of New England" series I posted here awhile back.

The music of a planetary system.

The sad tale of the butcher's boy and the cook.

Why a bearded lady wanted to go to prison.

The ordeal of Dan the Firehouse Cat.

When body snatchers get creative.

When Sparta was a tourist trap.

The kind of thing that happens when a sorcerer loses control of his spirits.

The latest on my favorite historical rabbit hole, the mystery of the Princes in the Tower.  (I suspect the boys weren't murdered by Richard, or anyone else, and nothing has emerged to make me change my mind.)

The complicated case of Edward II and Queen Isabella.

One heck of a lost-and-found story.

The myth of a disappearing regiment.

A near miscarriage of justice.

That's it for this week!  See you on Monday, when we'll look at some fatal slices of cake.  In the meantime, we're back to Bach.