It's time for this week's Link Dump, and Strange Company HQ is throwing a party to celebrate! 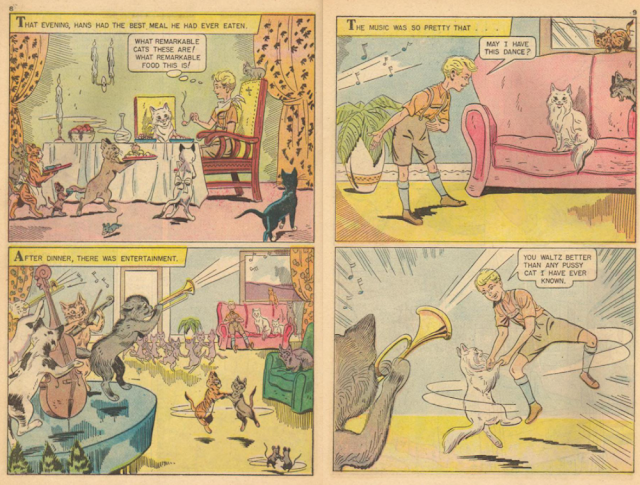 The world's only authenticated pirate wreck.

The disappearance of Esther Dingley.

When Orson Welles sold no wine before its time.

A brief history of King's Cross.

How Germans came to love potatoes.

A fake magic spell turns out to be surprisingly real.

The Muse brothers: a tragic tale with a (reasonably) happy ending.

Victorians and their talking bouquets.

A first-hand description of a 19th century British Army march in India.

Yup, it's that point in 2021 when the Mystery Creatures Under Antarctica roll in.

This week in Russian Weird: their dogs are turning blue.

How a Colorado woman gained fame as "Rattlesnake Kate."

How to turn yourself into a Hapsburg.

A look at Georgian era jewelry.

The psychology of furniture.

A raid against Tripoli pirates.

A brief history of cinnamon.

The rebuilding of Chichen Itza.

The murder of a boardinghouse keeper.

The oldest story ever told.

An interesting case of synchronicity.

The nearly-lost recipe for "Washington Pie."

One of the earliest known Valentines.

Anyone who has read Patricia Highsmith's books is not surprised to learn she was a horrible human being.

A visit with the skull of St. Valentine.

The megacities of Cambodia.

The poltergeist of St. Catherine.

The poltergeist of San Remo.

Just a boy and his swan.

What medieval peasants teach us about history.

That wraps things up for this week!  See you on Monday, when we'll look at an Australian's woman's mysterious death.  In the meantime, here's a spot of Telemann.