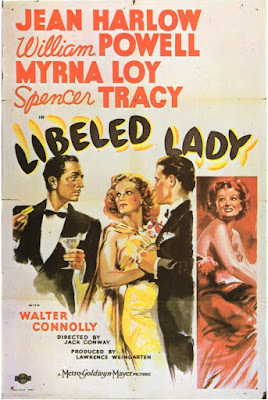 One finds many peculiar "personal ads" in the old newspapers, but this may be the most what-in-freaking-hell one I've seen to date. It appeared regularly in the "New York Evening Post" during July and August of 1807:

A report that a monstrous birth, bearing no marks of the human form, has lately occurred in this city, has within these few weeks been industriously circulated. The malignity of the infamous authors and propagators of that report, whoever they may be, has been carried so far as to fix the detestable charge upon a Young Lady of spotless innocence and merit--and, as if the villains were determined that the tale should gain belief, they have even affected to designate the Physicians who attended at the Birth.

We, therefore, who are the physicians so said to have given our attendance, and who have hereto subscribed our names do most solemnly and unequivocally declare that we have no knowledge of any such occurrence, or of any birth by the lady alluded to; and that from our souls we believe the report to have originated in the most diabolical malice, and to be totally destitute of foundation.

P.S. Attempts are making by the friends of the young lady, to trace the calumny to its source, for the purpose of inflicting legal and exemplary punishment; and a reward of One Hundred Dollars is hereby offered to any person who will give information of the original author or authors, so as to convict him, her, or them in a court of justice.

It may not be amiss to caution every person against propagating the aforesaid calumny, as, by so doing, they make themselves equally liable in law with the inventor. The peculiar nature of this case is such that the friends of the injured feel themselves justified in saying that they are determined to take every measure within their power to put a speedy end to so cruel and unprecedented a slander.

The printers of country papers, in whose vicinity the tale may have been disseminated, will vindicate injured innocence, and subserve the cause of justice and humanity, by inserting the preceding.


Does anyone else suspect that all these "vindication" efforts by the friends of this nameless young lady just resulted in an early 19th century version of the Streisand Effect?
Posted by Undine at 4:42 AM

Email ThisBlogThis!Share to TwitterShare to FacebookShare to Pinterest
Labels: I don't even know how to label this one, Newspaper clippings