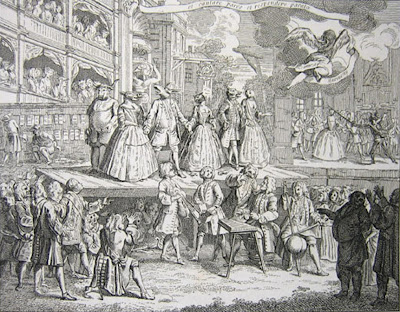 In which strange company goes to the dogs. 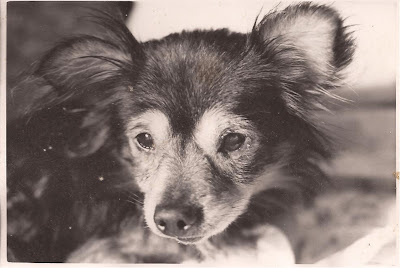 This week's odd history from all across the 'net:

At long last, I have managed to find something that creeps out even me:  Ladies and gentleman, experience the joys of Victorian post-mortem photography.

I'm curiously pleased to learn that Connecticut has a park named after Ernest Borgnine.

Why I love writing this blog:  How else would I get the chance to write "Margaret Thatcher" and "UFOs" in the same sentence?

Yes, scholars are still being driven half-mad by the Voynich Manuscript.

If medieval peasants had Sears catalogs, this is what it would look like. I was mildly intrigued to find "a lecherous representation of Priapus" among the list.

Maybe those medieval peasants had more fun than I thought.

Meet John Marketman, who confused being hanged for murder with making his debut at the London Palladium.

Meet the ancient Egyptian cat who inadvertently touched off a deadly international incident.

A day with a Victorian East End Photographer.


"The Naming of Cats is a difficult matter,
It isn’t just one of your holiday games;
You may think at first I’m as mad as a hatter
When I tell you, a cat must have THREE DIFFERENT NAMES.
First of all, there’s the name that the family use daily,
Such as Peter, Augustus, Alonzo or James,
Such as Victor or Jonathan, George or Bill Bailey –
All of them sensible everyday names.
There are fancier names if you think they sound sweeter,
Some for the gentlemen, some for the dames:
Such as Plato, Admetus, Electra, Demeter –
But all of them sensible everyday names.
But I tell you, a cat needs a name that’s particular,
A name that’s peculiar, and more dignified,
Else how can he keep up his tail perpendicular,
Or spread out his whiskers, or cherish his pride?
Of names of this kind, I can give you a quorum,
Such as Munkustrap, Quaxo, or Coricopat,
Such as Bombalurina, or else Jellylorum –
Names that never belong to more than one cat.
But above and beyond there’s still one name left over,
And that is the name that you never will guess;
The name that no human research can discover –
But THE CAT HIMSELF KNOWS, and will never confess.
When you notice a cat in profound meditation,
The reason, I tell you, is always the same:
His mind is engaged in a rapt contemplation
Of the thought, of the thought, of the thought of his name:
His ineffable effable
Effanineffable
Deep and inscrutable singular Name."


That wraps it up, folks.  A happy weekend to one and all.  On Monday, I shall return with the story of a woman who utilized a most unusual murder weapon...her mind.