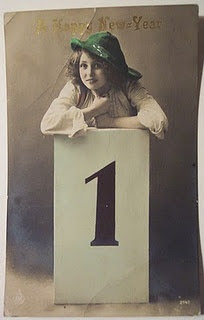 As I did at the close of 2014, I thought I'd do a year-end wrap-up taking a look at the top ten posts from the past year.  Just to be different, it had occurred to me to make a list of my innumerable posts that proved to be about as popular as botulism at a picnic, but after some reflection I decided that might be too depressing.  For me, at any rate.

I figure there's more than enough Weird in the world to keep this goofy little blog of mine going at least through 2016.  I hope at least some of you will continue to be part of Strange Company's strange company, as we look at more disappearances, murders, cats, scandals, cats, ghosts, witches, kidnappings, general bad behavior, and, of course, cats.

So, on with the countdown, starting with 2015's most popular tale:

This is one of those murder mysteries that I'm surprised isn't more well-known.  The post, incidentally, owes its relative popularity to a link on a Reddit sub.  [Side note:  If you want to make any blogger really, really happy, share one of their posts on Reddit.  Hit-count gold, baby.]

All hail those Ladies of the Illustrated Police News!

3.  A Case For David Paulides.

The tragedy of a small boy's inexplicable disappearance from an amusement park.

4. The Witch of Ringtown.

A New York clergyman is the target of a series of increasingly deranged hoaxes.

I can't tell you how much fun I had with this one.

As I said at the time, I was uneasy about posting this story of a grave-robber's dreadful end.  It was so macabre, so incredibly gruesome in detail, I thought it could be too much for anyone to read.  I feared it might drive all of you away for good.

So, next thing I know it's the 7th most popular post of the year.  God love ya, gang.

8. A Disappearance at West Point:  The Case of Richard Colvin Cox.

This vanishing of a USMA cadet is one of the strangest missing-persons cases I know.

9. Captain King and the Golden Needle.

This account of the eerie death of a British military officer in Egypt was a particular favorite of mine from the past year--it  reminds me of M.R. James' more open-ended stories--so I was pleased to see it make the Top Ten.  Usually, my favorite posts on this blog tend to get the fewest hits.  Which probably helps explain why I'm a financially-strapped nobody and J.K. Rowling is a multigazillionaire.

10. The Sinister Disappearance of a Film Pioneer.

What the hell happened to Louis Le Prince?