For this month of October, the Link Dumps will be hosted by our Halloween Cats! 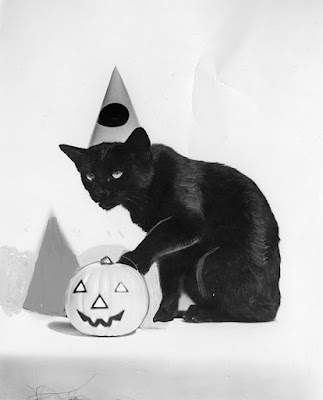 The dogs who survived the Titanic.

The possible rediscovery of an ancient "miracle plant."

The cat mascots of the NYPD Harbor Police, 1904.

The cricketer who became the UK's first black peer.

King Wladyslaw the Elbow-High was not elbow-high.  Glad that's settled.

The woman who didn't sleep with Charles II.  As you may have guessed, she was in a pretty exclusive club.

Contemporary newspaper accounts about the introduction of the Model T.

This week in Russian Weird looks at the Empress who forced her jester to get married in an ice house.

The ax murders of Beaver County.

A family gets burglarized by a ghost.

A brief history of dragons.

A "pest of skolds" in the Anglo-Dutch wars.

Ancient megalithic monuments that are not Stonehenge.

A tale from African folklore.

British spying in the Napoleonic Era.

The career of John Churchill, 1st Duke of Marlborough.

A dog who had quite a maternal instinct.

And, finally: sing along with Pablo the Goat!

That's it for this week!  See you on Monday, when we'll look at a particularly creepy poltergeist story.  In the meantime, here's what happens when Bach meets Celtic folk: