And the Strange Company Army is on the march! 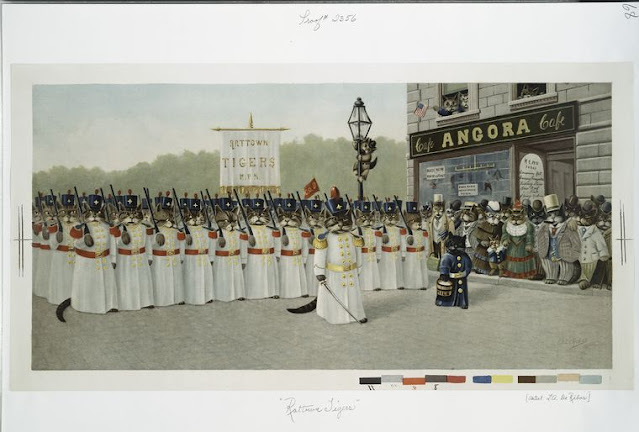 Nobody told me that it was Lydia Sherman Week around the blogosphere.

Some stained glass windows at Canterbury Cathedral are even older than we thought.

I never thought I'd see "Hobby Lobby" and "Epic of Gilgamesh" in the same news story, but that's 2021 for you.

An account of children living in a den of snakes.

A novel way of dealing with public transportation.

The ghosts of Norton Hall.

The giant of Alton, Illinois.

The mystery of a Winchester rifle.

The weird death of Mitrice Richardson.

The mystery of post-mortem meditation.

The only people to not die on this planet.

The Duke of Wellington in India.

Don't lie to your dog.

Emily Bronte's lost second novel.  To be honest, I wouldn't have objected if the first had been lost as well.

The oldest known "message in a bottle."

English is a weird language.

The world of the thief-trainers.

Over in England, they still have live bombs from WWII lying about the place.

The pigeon armies of WWI.

That's all for this week!  See you on Monday, when we'll revisit the never-a-dull-moment world of Scottish witchcraft.  In the meantime, here's Marshall Crenshaw.