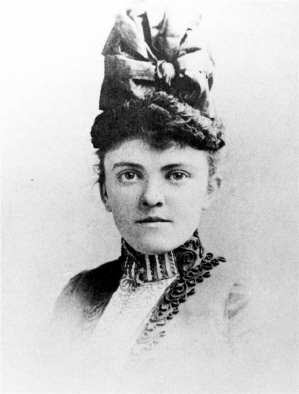 In the Victorian and Edwardian eras, there were many different ways—both good and bad—in which a woman could earn herself the enigmatic label of “adventuress.” During her relatively brief life, Cora Howarth Murphy Stewart, who eventually became, spiritually if not legally, “Mrs. Stephen Crane,” ran through all those ways, and probably invented a few new ones along the way.

Cora Howarth, daughter of a modestly well-to-do owner of a Boston art gallery, was born in 1868. (Some sources say 1865.) She was given the quintessential Victorian genteel, restrained upbringing, and spent the rest of her life trying to live it down. Tiring of being guarded by chaperones, at a young age Howarth married a usefully nondescript fellow named Thomas Vinton Murray simply so she would be free to do as she liked. As it turned out, one of the first things she liked was a young army captain, Donald William Stewart. No sooner had she become “Mrs. Murray,” than she was running off to England with Stewart. They married after Murray displayed his useful nondescriptness by quietly giving her a divorce.

Cora enjoyed English social life so much that when Stewart was sent to India, she decided she greatly preferred it to her new second husband. She remained behind, earning Stewart’s everlasting enmity by committing adulteries as numerous as they were well-known.

It is not clear how she came to go from London party girl to Florida madam. One story claims that she happened to sail into American waters on the private yacht owned by one of her current lovers. They quarreled during the voyage, and she angrily leaped overboard and swam ashore, ending up on the beaches of Jacksonville.

However this change in scenery came to be, she decided to start a new life in what was then a booming, lively resort town. Renaming herself “Cora Taylor,” she opened what was tactfully termed a “nightclub.” In reality, it was an upscale brothel. (“Class-A,” according to the helpful guides available to male tourists.)

It was in Jacksonville that, in 1896, she first met Stephen Crane, who had already achieved fame with “The Red Badge of Courage.” He came there as one of the journalists covering the burgeoning war fever against the Spanish presence in Cuba, but he soon found the lively brothel-keeper at least as fascinating. Crane and Cora were similar wild, restless spirits, and they felt an immediate mutual sympathy. When he wound up in a shipwreck (the inspiration for his story “The Open Boat,”) and she nursed him back to health, this sympathy turned to love. 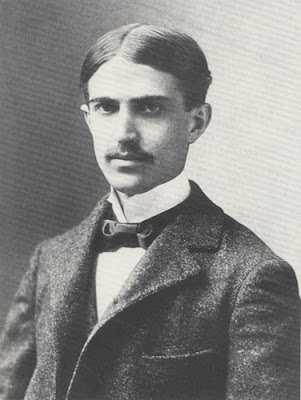 When Crane left to cover the war in the Balkans, Cora accompanied him. She filed dispatches for the Hearst papers under the name “Imogene Carter,” becoming the world’s first female war correspondent. By this time, she was certain she had at last found the man with whom she wanted to spend the rest of her life. However, Stewart spitefully refused her a divorce. Her response was to simply shrug off the formalities. For the rest of her life, she called herself “Mrs. Cora Crane.”

The Cranes eventually settled in Brede Place, a rambling, rundown, allegedly haunted 14th century mansion in Sussex, England. They lived as precursors to Scott and Zelda, leading a stereotypically bohemian life of drink, nonstop house parties—they both craved living in crowd scenes--and chronic personal disarray. The couple became deeply in debt—they were just the generous, careless types who make perfect targets for spongers. Their personal relationship was equally turbulent—at one point, Stephen even walked out on his chagrined “wife.”

The party ended when Crane left to cover the Spanish-American war. Already suffering from tuberculosis, the combination of the Cuban climate and the physical strains of being in the midst of war destroyed his health. To add to the couple’s troubles, they were broke—both of them were incapable of handling practical affairs—ostracized from society, and at a loss as to what on earth to do.

The sad climax to their story came during one of their typically crowded house parties, when, on December 29, 1899, Crane began hemorrhaging and collapsed. Cora somehow managed to raise enough funds to bring him to a sanatorium in Bavaria, but soon after their arrival, in June of 1900, Crane died. He was only twenty-eight.

Crane’s death robbed Cora of the closest thing to stability she ever had, and the loss sent her on a downward spiral. She suffered a nervous breakdown after Stephen’s death, but she pulled herself together enough to return to Jacksonville. She managed to borrow enough money to open “The Court,” one of the city’s most elegant brothels. It proved so successful that she became part owner of other bordellos, as well.

Cora saw her little prostitution empire as a form of social work, giving men a needed break from the humdrum. She once wrote, “I wonder if husbands are so often unfaithful because their wives are good? I think so. They cannot stand the dreary monotonies and certainties.”

It could have been interesting to hear what the wives would have made of this doctrine.

Captain Stewart died in Africa, finally leaving her free to remarry. She used her new-found freedom in the most disastrous way possible. In 1905, after a very short acquaintance, she impulsively married one of her establishment’s clients, a good-looking, lively young wastrel named Hammond McNeil. He soon showed himself to be an unstable, hotheaded alcoholic. Even worse was to come. One day in 1907, she went out on a picnic with a man named Harry Parker. McNeil followed them and shot Parker dead.

McNeil’s defense was the “unwritten law” that supposedly allowed a man to kill his wife’s seducer, causing Cora’s public reputation to go from merely notorious to infamous. She refused to testify, and McNeil was acquitted. They divorced soon afterward. (During their divorce, McNeil, showing a rather quaint amount of gall, accused Cora of beating him on numerous occasions. She retorted, “Yes, I did it, and I only wish I had beaten him to death.”)

After Parker’s murder, Cora was painted as the Black Widow and Scarlet Woman combined, but she was doggedly determined to carry on with her life. She had always shown a talent for writing, and this creative outlet became increasingly important to her. Her stories appeared in the leading publications of the time, and she began to consider moving to Europe and devoting herself full-time to a literary career.

This uncharacteristically quiet daydream was not to be. Cora continued to run the Court until 1910, when she suffered a mild stroke. She turned the management of the brothel over to her housekeeper, who reportedly repaid this trust by embezzling from her employer. Cora Crane died not long afterward, from heat stroke brought on when, with her usual impulsive generosity, she tried to help push out a car that had been stuck in the sand.

A woman too famous to be ignored, but too notorious for frank public description, presented a unique challenge to the local obituary writers. Her death notices emphasized her Boston Brahmin heritage, her literary talents, her personal charm, and her stature as “the wife of Stephen Crane, the novelist.” The more unconventional side of her career—which summarized everything she was—found itself quickly dismissed as merely a flirtation with “the Bohemian life.”

I doubt she would have been pleased by such airbrushing.
Posted by Undine at 4:27 AM