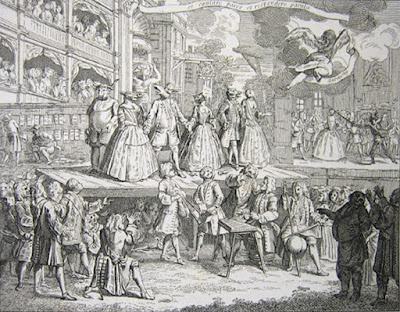 This week's Link Dump is sponsored by the cats of the month of May! 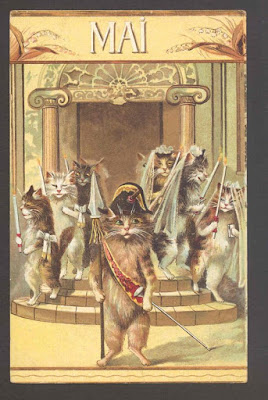 How the hell did David Douglas die?

Watch out for those haunted wineries!

Watch out for those ghostly donkeys!

Watch out for those flying dragons!

Watch out for those Victorian Magic Letters!

One woman's experiences during the French Revolution.

In which a man's second wife has to deal with the ghost of his first wife.

America's worst school massacre.  (Full disclosure: I once briefly considered doing a blog post about this story, but almost immediately decided against it, because the murderer was just too sick and creepy for me to stomach reading about him in any detail, let alone writing about him.  Yes, there's a historical incident that was too much for my blog.  Keep that in mind if you're unsure about clicking the link.)

That time it was a big deal to watch someone get out of bed.  Not something you'd want to do at my house, believe me.

A child-murder from 1905.  With bonus rotten parents.

Some people just can't be trusted to do anything.

A tribute to the oak tree.

This week's Advice From Thomas Morris:  Men, this is what not to do with a candlestick.

For men and women:  This is not what to do with a needle.

A reminder of the joys of Communism.

The Dollar Princess and her stage mother.

That time magic failed to turn a goat into a human boy.

More on the so-called "Victorian Tear Bottles."  This is nearly as persistent on the internet as the myth that Poe had an affair with Fanny Osgood.

18th century nude male races might be enough to tempt me to start watching sports.

How Paris got addresses.

Unraveling the mysteries of Inca cords.

Confessing to a skeleton.

A 19th century voyage to Calcutta.

What if life on other planets is less advanced than we are?  (Less advanced?  Now, there's a frightening thought...)

The varied history of an 1834 New York house.

The "disappearing triangle" of Ireland.

It wasn't easy being a medieval royal mother.

The Prince of Pick-Pockets.

This week in Russian Weird presents the world's oldest bracelet.

And that's all for this week!  See you on Monday, when we'll look at America's first, last, and greatest Emperor.  In the meantime, I recently read a bit about the life of Stephen Foster (his bio makes Poe's look like a non-stop laugh riot,) which reminded me of this charmingly upbeat version of my favorite Foster song: