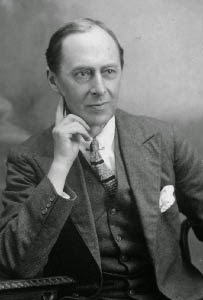 In 1907, the Church of England hired architect Frederick Bligh Bond to oversee the excavations taking place at Glastonbury Abbey. Bond would never have gotten the job if the Church had known he was not only intensely interested in spiritualism, but determined to make a novel experiment: He intended to try using the spirit world as uncredited assistants. He had already conceived a theory that Glastonbury was built according to the principles of sacred geometry, and he intended to prove it. He hoped, as well, to find evidence of the long tradition linking Joseph of Arimathea to the Abbey’s location.

Bond believed in what he called "the permanence and indestructibility of Mind, Memory, and Personality or Character, together with the independence of Mind and its direct action upon Matter." In other words, he pictured a "cosmic reservoir" of all human memories and emotions. "Man as an intellectual personality with a subliminal psychic stratum involved deeply in his being, is thus necessarily linked with all other intelligent personalities through the 'continuum' of the subconscious Mind and it is only through this medium that he can obtain genuine recognition of any personality other than his own."

He and a friend of his named John Bartlett, who had shown some mediumistic abilities, held séances every night. Their goal was to use “automatic writing” to contact the past residents of the Abbey to get tips on where to dig.

They soon received the message, “All knowledge is eternal and is available to mental sympathy…I was not in sympathy with monks--I cannot find a monk yet.” Soon enough, however, one found them: “Gulielmus Monachus”—William the Monk.

Other monastic spirits soon made themselves not only willing, but rather sadly eager to share their memories of the Abbey, a site they had loved and still did not want to leave. As one “helper,” Johannes, wrote: “Why cling I to that which is not? It is I, and it is not I, butt parte of me which dwelleth in the past and is bound to that whych my carnal self loved and called ‘home’ these many years. Yet I, Johannes, amm of many partes, and ye better parte doeth other things…only that part which remembereth clingeth like memory to what it seeth yet.” This shifting group of spirits, who communicated in a hodgepodge of old and modern English and Latin, called themselves “The Watchers,” or “the Company of Avalon.” Some of the locations for buildings the “Watchers” provided were extraordinarily accurate, but the fact that Glastonbury had had different buildings built on the same locations throughout its history sometimes created a certain amount of confusion. 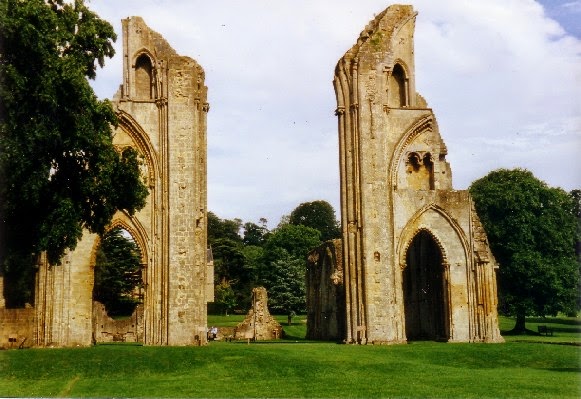 The excavation of the Abbey was proving to be a brilliant success. Whether it was through Bond’s immense knowledge of church architecture or the aid of the spirit fraternity—or some combination of both--his work was giving the world a hitherto unknown insight into the architecture of the site during its long history. Bond’s séances also—to his satisfaction, at least—corroborated his theories of how Glastonbury was built. He obtained automatic writing calling the Abbey “a message in ye stones. In ye foundations and ye distances be a mystery…” (The spirit of one monk, “Patraic,” also confirmed to the architect that Joseph of Arimathea had built a church at the site, which he depicted as a circle of round huts.) Bond was happy, the Anglican hierarchy was happy, presumably William and Johannes and the rest were, in their spectral way, happy too. Then, Bond made a fatal mistake: He became too honest. In 1919, he published a book, “The Gate of Remembrance,” giving full credit for his archaeological discoveries to his troop of ghostly guides.

Bond believed his experiment with what is now known as “psychic archaeology” had proved the existence of the spiritual world. His employers believed he had only proved he was a madman. In 1922, they unceremoniously gave him the boot, little caring that his methods—whatever they might have been—had worked greatly to their advantage.

Bond, undeterred, continued his psychic researches. Until his death in 1945, he developed many pioneering theories about the relationship between spiritual forces and the geometry and location of ancient buildings—concepts we are still struggling to understand today. 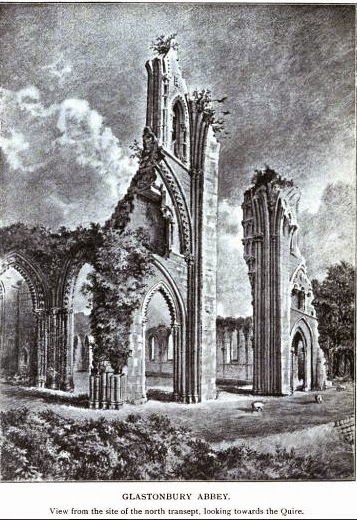