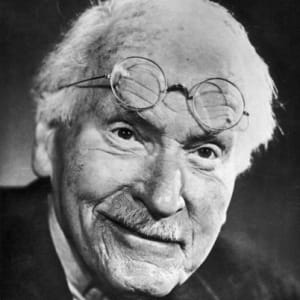 It is well known that the famed psychiatrist Carl Jung had an intense interest in paranormal phenomena, most notably what is generally called "synchronicity." He had a number of personal encounters with the occult, one of the most interesting of which was included in Fanny Moser's book, "Ghost: False Belief or True?"

In the summer of 1920, Jung was invited by a man he called "Dr. X" to give some lectures in London. His friend found him a place to stay during his weekends off--a cottage in the peaceful Buckinghamshire countryside. "Dr. X" did not have an easy time finding Jung lodgings, as it was so close to the summer holidays that most desirable places had already been let. Then, at the last moment, he was lucky enough--or so he thought at the time--to find a charming old farmhouse at an astonishingly low price. "X" hired a cook and charwoman, and all was set.

When Jung first saw the place, he was delighted. It was a spacious two-story house with a conservatory, kitchen, dining-room, and drawing-room. The bedroom set aside for Jung was so roomy, it took up an entire wing of the house. Jung's first night there was uneventful.

On the following night, he retired at 11 p.m. Although he had been tired, he found that once he was in bed, he was having a hard time getting to sleep. Instead, he fell into a "kind of torpor" that was extremely unpleasant. Also, the room seemed strangely stuffy, with an "indefinable, nasty smell." This was odd, as both bedroom windows were wide open to let in the warm, pleasant summer air. Jung remained in this uneasy trance-like state until dawn, when the feeling suddenly passed. He found himself able to sleep peacefully until 9 a.m.

That evening, Jung told "Dr. X" of his bad night. The doctor prescribed drinking a bottle of beer before bed.

In spite of this sage advice, Jung's night was a replica of the one before: paralyzing torpor, inexplicably stale air, a sickening smell that he could not identify...until he recalled a patient he had years before, an old woman dying of an open carcinoma. He realized that her hospital room had that same vaguely repulsive odor. "As a psychologist, I wondered what might be the cause of this peculiar olfactory hallucination. But I was unable to discover any convincing connection between it and my present state of consciousness."

Then Jung noticed a fresh bit of weirdness: the sound of dripping water. It was like a leaking tap...except there was no running water in his room. Rain? But the day had been clear and sunny. He managed to shake his lethargy enough to light a candle. He saw no water on the floor, and the ceiling was dry. He looked outside at the cloudless sky.

He continued to hear dripping sounds. They seemed to emanate from a place on the floor about eighteen inches from the chest of drawers. Then the sounds abruptly stopped. Again, he was unable to sleep until the first light of dawn, when he fell into a deep slumber.

It was not exactly the relaxing weekend in the country he had bargained for.

Jung spent the work week in London, where he was too busy to think of the curious events of the past weekend. Late Friday, he returned to the cottage expecting all to be normal.

However, as soon as he retired to bed, the events of the previous weekend made an encore appearance: torpor, disgusting smells, dripping water, the whole package. Only this time, even creepier elements arose. Jung heard something brushing along the walls. The furniture began creaking. There were ominous rustling noises in the corners. When he lit a candle, the noises and smells disappeared, but the moment he returned the room to darkness, the creepy phenomena immediately returned, not leaving until the first light of day. The next night, the same sensations returned, in an intensified form.

It was at this point that Jung acknowledged that something seriously weird was going on. Unfortunately, he had no idea what it might be.

On the third night, he was greeted by loud knocking noises, as if some animal was running frantically around the room. By the following weekend, he was hearing "a fearful racket, like the roaring of a storm...Sounds of knocking came also from outside in the form of dull blows, as though somebody were banging on the brick walls with a muffled hammer."

On his fourth weekend at the cottage, he delicately hinted to his host that perhaps the reason such an outwardly desirable residence was let for such a ridiculously low price was because the place was haunted. "Dr. X," a solid materialist, scoffed at such superstitions...although it was curious how the two village girls they had hired to cook their meals and clean the cottage always insisted on leaving well before sundown. When Jung ventured to joke to the cook about how she must be afraid of him, the girl laughed. She was not the least bit nervous about him and "Dr. X.," she assured him, but there was nothing that would induce her to be alone in this cottage, particularly at night.

"What's the matter with it?" Jung asked.

"Why, it's haunted, didn't you know?" she replied. "That's the reason why it was going so cheap. Nobody's ever stuck it here." She knew no reason for the cottage's sinister reputation. It just had an evil air to it for as long as she could remember.

Jung was now determined to get to the bottom of the haunting. He persuaded the still-skeptical "Dr. X" to help him make a thorough search of the cottage. Nothing unusual was found until the two men examined the attic. They found a dividing wall between the two wings of the house. In it was a door, clearly newer than the rest of the old cottage,with a heavy lock and bolts that shut off the wing where the men were living from the unoccupied part.

This made no sense. On the ground floor and the first floor, the two wings were able to freely communicate with each other. There were no rooms in the attic to shut off. Why was this door put in?

Jung's fifth weekend at the cottage was the worst of all. After enduring the now-routine nighttime sluggishness, mustiness, smells, rustlings, and creakings, he heard something new: the sound of loud blows against the walls. He got the sudden sense of someone standing very near him. He opened his eyes, and immediately wished he hadn't. Next to him on the pillow was the head of an old woman, her right eye glaring at him. Or, rather, part of a head. The left half of her face was missing.

Jung leaped out of bed. He spent the rest of the night in an armchair, making sure his candle remained lit. When morning came, he insisted--rather late in the story, I would think--on sleeping in another room. In his new bedroom, he slept soundly and utterly undisturbed.

Jung began to get irritated at "Dr. X's" continued calm skepticism about his experiences. He dared his friend to spend a night in the haunted room. "X" smilingly agreed. He even volunteered to spend the weekend alone in the cottage, in order to give Jung a "fair chance."

Ten days later, Jung received a letter from "Dr. X." As agreed, he had spent a solitary weekend in the cottage. His first night there was spent in the conservatory--he figured that if the cottage boasted a ghost, the spirit could manifest itself anywhere. As soon as he fell asleep, he was awakened by the sound of footsteps in the corridor. He instantly lit a candle and flung open the door, but he saw nothing. Silently cursing Jung for being a superstitious fool, he went back to bed.

As soon as he settled down, the footsteps returned. They stopped right in front of his closed and barricaded door. He heard creaking sounds, as if someone in the hallway was pushing against the door. "Dr. X" retreated to the garden, where he was able to sleep in peace.

"X" informed Jung that he had given up the cottage.

His friend's report gave Jung "considerable satisfaction after my colleague had laughed so loudly at my fear of ghosts." A short while later, Jung heard that the cottage had been demolished, as the owner was finding it impossible to sell or rent out the place.

The best explanation Jung could offer for his eerie experiences was that he experienced a sort of "subliminal intuition," that "my presence in the room gradually activated something that was somehow connected with the walls...If the olfactory organ in man were not so hopelessly degenerate, but as highly developed as a dog's, I would have undoubtedly have had a clearer idea of the persons who had lived in the room earlier.

"Primitive medicine-men can not only smell out a thief, they also 'smell' spirits and ghosts." Perhaps, Jung mused, the sickening odor of the room embodied "a psychic situation of an excitatory nature and carried it across the the percipient." "This hypothesis naturally does not pretend to explain all ghost phenomena, but at most a certain category of them...Our unconscious, which possesses very much more subtle powers of perception and reconstruction than our conscious minds, could do the same thing and project a visionary picture of the psychic situation that excited it."

Jung concluded, "These remarks are only meant to show that parapychology would do well to take account of the modern psychology of the unconscious."
Posted by Undine at 4:45 AM