Give the Howards a Hand! 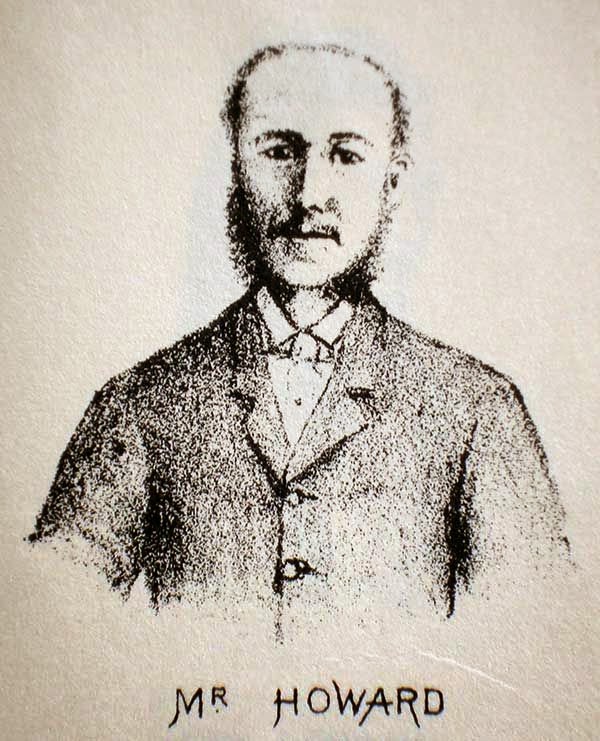 On October 10, 1885, a railway worker named Arthur Rannage Howard walked from his home in Christchurch, New Zealand to the nearby watering-place of Sumner. Along the way, he encountered other pedestrians, who later recalled that he had mentioned his intention of going for a swim in the waters off Sumner--waters which, they noted with a shudder, were notoriously shark-infested.

It is after this date that Howard's story plunges straight into the even more dangerous seas of The Weird. The following morning, a boy found Howard's clothes and distinctive silver watch on the end of Sumner's pier. The owner of these items, however, was nowhere to be found.

Howard's understandably alarmed wife Sarah immediately sprang into action. Admittedly, it was not the sort of action one might expect. Her first move was to apply for payment of Arthur's three hefty life insurance policies, which had recently been transferred into her name. As proof of Howard's death was lacking, and the companies found it curious that this impecunious workman had been spending over half his income on life insurance premiums, they refused. Mrs. Howard then put an ad in the local paper offering 50 pounds reward for recovery of her husband's body "or the first portion received thereof recognizable." 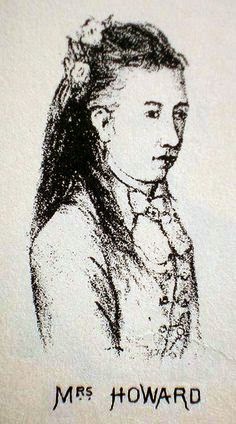 This assumption that her loved one was now resting in pieces proved uncannily prophetic. On December 16, two brothers by the name of Godfrey marched into the Christchurch police station and proudly presented the sergeant on duty with an unusual trophy: a severed human hand, with one finger wearing a gold ring marked with the initials "A.H." It was, they cheerfully explained, probably all that remained of Arthur Howard. According to the Godfreys, they had just spent the day at Taylor's Mistake, a bay near where Howard had presumably drowned. Around two o'clock, they found this hand lying in the sand. No doubt, the brothers said, the unfortunate railway worker had been attacked by a shark. So, where was their fifty pounds? 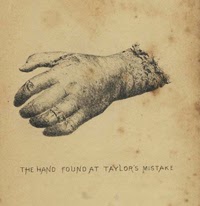 Mrs. Howard was summoned, and instantly shed copious and heartrending tears. This hand, she confirmed, had once been attached to the body of her husband. The law, unfortunately for the Godfreys, saw the brothers not as amateur detectives and Good Samaritans, but as prime suspects in the murder of Arthur Howard. They were sent away minus their reward, but with the consolation prize of constant police surveillance.

In the meantime, doctors were brought in to examine this hand. Their findings were extremely interesting. This appendage--which had only been recently severed--was not been bitten off by a shark, but clumsily removed with a saw. It had been in sea water for just a very short time.  Oh, and the hand belonged to a woman, which presumably made it unlikely that it was Arthur Howard's. Further investigation revealed that the "A.H." found on the ring had not been done professionally, but was crudely scratched in.

The brothers Godfrey were presented with these findings, and the police earnestly asked to hear their thoughts on the matter.

The older brother, Elisha, then admitted that they had not quite told the police everything. He said that while he and his brother were at Taylor's Mistake, they were confronted by a man wearing blue goggles, a red wig, and oversized clothes, who told them excitedly, "Come here! There's a man's hand on the beach!"

The colorful stranger led them to a spot near the waves, and, sure enough, there was the hand, which they instantly realized must be Howard's. "Poor fellow," sighed the goggled one. He urged the brothers to bring the hand to the police and collect the reward. Elisha explained to the incredulous officer that he hadn't mentioned Mr. Goggles before because the man had begged them not to tell anyone about him, "as he did not want to have anything at all to do with it."

The police, naturally enough, greeted all this with professional snorts of derision. They took it for granted that the Godfreys were trying to gull them with the stupidest alibi on record, but as a formality, they made a few perfunctory inquiries in the neighborhood.

They had a big surprise in store for them. That came when others told them that yes, they too had seen a man in blue goggles and red wig hanging around Taylor's Mistake on the day in question. Goggles, they said, had shown them a paper with the Godfrey brothers' names and addresses on it, and told them that these men had found Howard's hand.

Once the investigators had picked their jaws up off the floor, they continued their search for this peculiar apparition. It turned out that Goggles--who gave his name as "Watts"--had been seen over a good portion of New Zealand. At one place, he was seen on a ferry. At another, he had been arrested for making "improper advances" to a "Salvation Army girl." (He was released when the lady declined to press charges.) He had been seen working on various farms--wig, goggles, and all. In one town, he approached a man named Beard, asking for help in opening a grave. (Beard recalled that "I told him to go away and not ask me such things, but I would like to see the man that asked him to do it.")

Most curiously, on the night of December 18, this peripatetic figure had been seen taking a long walk with Sarah Howard.

This last detail caused the police to arrest Mrs. Howard and the Godfreys on charges of insurance fraud. Soon afterward, Watts himself was nabbed walking the streets of Christchurch. When the clown garb was removed, this goggled Man of Mystery turned out to be none other than Arthur Howard.

Before the whole crew was put on trial for conspiracy to deceive the insurance companies and attempting to collect money through fraud, the police established that the Howards had never been legally married. The pair, both originally from Scotland, had been married on the boat they took to New Zealand, by the Scottish captain. No clergyman was present. Although the Howards had evidently honestly believed the marriage was valid, the judge in their case ruled that under the laws of New Zealand, it was not. The significance of this ruling was that, if the marriage had been valid, Sarah could not have been tried for conspiracy, because legally, husbands and wives could not "conspire" together. Also, she would have had the legal protection of the assumption that she had been acting under the compulsion of her husband.

The prosecution was unable to prove that the Godfreys knew of the insurance conspiracy, and they were accordingly acquitted. Sarah was, rather bafflingly, also found not guilty of both charges. Arthur, however, may have been acquitted of conspiracy, but he was found guilty of fraud and really bad taste in disguises. He received two years, with the judge commenting that he only wished it was possible to give a longer sentence for this "impudent and daring" scheme.

This is one of those cases that, while officially solved, left behind a grab-bag of messy unanswered questions. Whose hand masqueraded as Howard's? Where was the rest of this person? Why, instead of laying as low as possible, did Howard make such a flamboyant spectacle of himself?

No one ever knew. A Judge Alper recorded that Howard's lawyer, T.I. Joynt, confided to him that he knew the answers to these nagging questions. Unfortunately, before he could reveal them to the world, the lawyer dropped dead.

Somehow, that seems like a fitting conclusion to this case.
Posted by Undine at 4:55 AM