It's time for the Link Dump!

And tea is served! 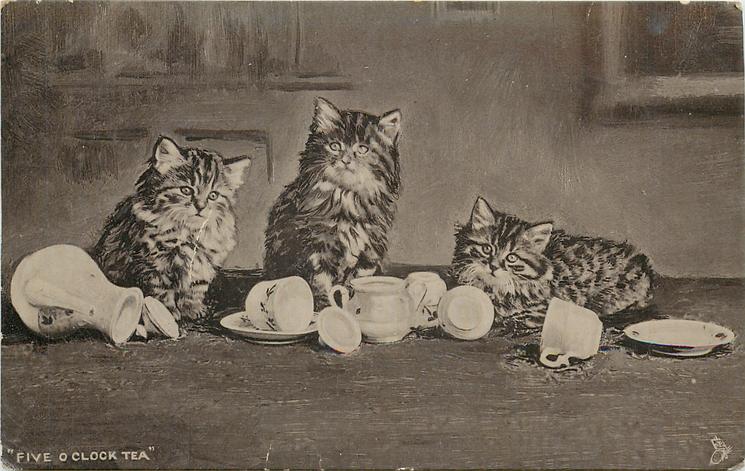 Do you want to buy an Irish mansion inhabited by the Devil?  Of course you do.
If you want to lose what little faith in humanity you have left, contemplate the fact that somebody out there would spend $12,000 for a pizza that looks like something I wouldn't eat for free.
Maurice the Rooster and "sensory heritage."  I've long been bemused by people who flee cities for rural areas and then bitch about how rural areas aren't enough like a city.
How the Titanic foiled a kidnapping.
A visit to Consumption Cottage.
The naming of Mount Everest.
How the corpse of a murderer wound up doing advertising for a drug store.
How a woman wasn't murdered.
How Chicago was shaped by skunks.  Um, I mean literally, but I won't blame you for thinking otherwise.
How hurricanes have shaped history.
A grave that's become a circus shrine.
Need an excuse to move out of your house?  Here are a few suggestions.
A Portuguese writer who was "brilliantly clever but quite mad."
Anglo-Saxon medicine for the win!
The execution of Essex witches.
India has a potato-throwing poltergeist.
Vikings are being blamed for spreading smallpox.
You know the old, old story: boy meets girl.  Love blossoms.  They go live in a cave...
When cryptids meet mainstream science.
The "fasting-woman of Tutbury."

A look at Cockney Beanos.
A mass UFO sighting in Finland.
Olivia de Havilland and Hollywood's most notorious family feud.
Vintage newspaper portraits of dogs.
Someone is mailing mysterious seeds to a whole lot of people.
Some prophetic novels.
The mysterious Garrett family poisonings.
Life with the Mozarts.
A child is accidentally murdered by the Mob.
A Persian Prince goes on trial.
Singer Johnny Horton's fake son.

Two words you definitely don't want to see in the same headline: "latrine" and "disaster."

De Quincey and the fine art of murder.

How Raphael probably died.  (Spoiler: his doctors were quacks.)

The murder of a major figure in early Canadian history.

Accounts of flying trains.
And we're outta here for this week.  Tune in on Monday, when we'll look at the strange end of a silent film star.  In the meantime, here's a bit of Baroque.
Posted by Undine at 4:42 AM