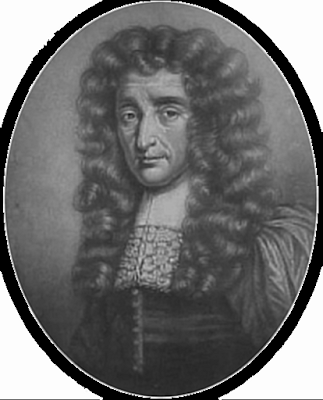 A Justice of the Peace named Sir Edmund Berry Godfrey came to a violent end. Three men were eventually executed for his murder. What makes Godfrey's death somewhat unique is the universal agreement that these men were not responsible for the crime, leading to an unusually large crop of alternative theories naming the "real" killer or killers.

Some even argue there was no murder at all.

Godfrey was born in 1621 into a family who was part of the English gentry. Most of his life was unremarkable: He attended Oxford, toured the Continent to complete his education, and studied law, although illness forced him to abandon his legal studies before graduation. He took up a career as a merchant instead. It has been speculated that poor health accounted for his odd and rather unlikable personality: Godfrey was considered cold, unsociable (he never married and may have been asexual,) and arrogant.

In 1660, he became a magistrate, where he gained a reputation for being severe, but also hard-working, brave, and just. In 1666 he received a knighthood for his exemplary public service during the Great Plague of the previous year. He was also--rarely for a public official at that time--seen as being very lenient towards Catholics. He had many "dissenting" friends, and it was believed that this usually stern man was willing to bend or overlook laws in order to protect them. Despite his religious tolerance, he also became increasingly opposed to the government of King Charles II and its pro-French policy. According to at least one contemporary report, Godfrey was a member of the "Peyton Gang," a secret organization dedicated to overthrowing the king and making England a republic. With his ties to the Catholics on the one hand, and his alleged membership in the anti-Catholic, anti-monarchical Peyton Gang on the other, Godfrey had his fingers in many contradictory and potentially very dangerous pies.

The story of Godfrey's death may be said to have started in 1678, when two men, Titus Oates and Israel Tonge, came before him to give depositions describing an alleged "Popish Plot," spearheaded by the king's brother the Duke of York, to kill Charles and conduct a mass slaughter of Protestants. Although the whole affair remains somewhat mysterious, we know that Godfrey was remarkably reluctant to become entangled with the story, particularly when Oates named Edward Coleman, the Duke of York's secretary, as a main actor in the plot. Godfrey and Coleman were close associates. Godfrey knew that if any formal inquiry of Oates' fable was made, his known connection to Coleman would mean that he himself would be implicated in this so-called "plot." However, if it could be shown that he had tried to bury the story, that would not only also implicate him, but leave himself open to being charged with misprision of treason. Godfrey dithered about what to do with this testimony, and seemed to want to ignore the whole mess in the hopes that it would just go away. He told a friend that he would get "little thanks" for his involvement with Oates' tale and "would fain have [had] it done by others." He became a seriously worried, even frightened man. And he had every reason to be fearful.

On October 12, 1678, Godfrey left his home at about 3 p.m. to go for a walk. He never returned. He suddenly and inexplicably vanished.

Godfrey's disappearance caused an immediate public uproar, with everyone immediately assuming the missing magistrate had been the victim of foul play. Godfrey's brothers, Michael and Benjamin, went to the privy council arguing that their sibling had been murdered by "the Papists"--a sentiment that was widely held.

Godfrey's whereabouts remained a mystery until October 17, when his body was discovered near an area known as Primrose Hill. The corpse was lying in a ditch, run through with his own sword. The body was badly bruised, and marks of strangulation were found around his neck. According to some accounts, his neck had been broken. He had evidently been stabbed only after his death.

The inquest into his death became more of a political tribunal than an objective search for the truth. Rumor had it that witnesses were intimidated and evidence suppressed in order to foster the belief that Godfrey had been murdered by the Catholics. Titus Oates' wild stories about treasonous Papists and their evil conspiracies appeared to have been confirmed by Godfrey's murder, although it never was plausibly explained why the Catholics would wish to kill someone who had been one of their few prominent friends.

It was one of history's many curious ironies that a man who, in life, had strong Catholic sympathies, should have been elevated in death as a Protestant martyr. Parties hostile to the government used highly fictionalized accounts of Godfrey's life and character for propagandistic pamphlets, plays, and poems illustrating the dangers of Catholicism. Even his funeral became an exercise in depicting the dead man as someone who had heroically died for the Protestant cause. Catholics were persecuted, even (like Edward Coleman,) executed, in Godfrey's name--something that undoubtedly would have appalled him.

Lost in all this, of course, was the issue of who really did kill the magistrate. Any serious investigation into Godfrey's murder was stalled until November, when an informer named William Bedloe went to the authorities claiming that Godfrey had been taken to the queen's palace, Somerset House, and murdered there. Bedloe named Miles Prance, a servant of Queen Catherine's, as one of the killers. When Prance was arrested, he saved his own skin by turning King's evidence. He claimed the murderers were three of Somerset House's servants, Robert Green, Henry Berry, and Lawrence Hill. Although there was absolutely no evidence against these men other than Prance's story, the trio were quickly tried and convicted for the killing. (With what was seen as a fitting sense of justice, the three condemned men were hanged near Primrose Hill.) To most of the public, these executions were seen as confirmation that Godfrey had indeed been murdered as part of a widespread Catholic plot.

However, once the general atmosphere of anti-Catholic paranoia and hysteria began to cool, doubts began to arise about the justice of the verdict. Prance's story was easily discredited, and he wound up being convicted of perjury. Green, Berry, and Hill were eventually completely exonerated of the murder--although that was obviously little comfort to them by that point.

These second thoughts were first publicized in 1682, when three men named Nathaniel Thomson, William Pain, and John Farwell were put on trial for libel. They had suggested that the magistrate had really killed himself, and the coroner's jury was pressured into bringing a false verdict of murder. By the mid-1680s, England had a new king, a new government, and a consequent willingness to take a second look at Godfrey's puzzling death. The first serious investigation into the mystery was taken by Sir Roger L'Estrange. His 1687 book, "A Brief History of the Times" argued that Godfrey had killed himself, and that his brothers subsequently covered up the truth about his death in order to save his estate from being forfeited to the Crown. L'Estrange's book is not very trustworthy--he was known to have manipulated evidence in order to make it fit his thesis--but it deserves some credit for keeping the case alive, even if his conclusion is not generally accepted today.

The next major analysis of the Godfrey mystery came from a legal officer named Roger North. North contended that the magistrate had been murdered, but was uncertain who did the deed, and why. The most he could suggest was that Titus Oates or Oates' political supporters had murdered Godfrey because the magistrate knew Oates was a rank perjurer.

Philosopher David Hume offered a more contrarian view of the case. Although he did not offer a possible suspect in the crime, he scoffed at the notion that the Catholics had any motive to kill Godfrey. His analysis of the available evidence led him to propose that the murder was the result of some personal quarrel against the magistrate, and had nothing to do with politics at all.

Hume's theory was endorsed in 1924 by J.G. Muddiman, who proposed perhaps the most plausible theory of the murder. He suggested that Godfrey's killer was Philip Herbert, Earl of Pembroke.

Pembroke was unquestionably one of the nastier figures of his era. The earl had only a passing acquaintance with sanity and decent behavior. He was a drunken, sadistic, horrifyingly violent man with a penchant for inflicting physical attacks on his many enemies. He was quite definitely capable of the crime.

And he had reason to harbor a grudge against Godfrey. In 1678, the magistrate was the foreman on a jury that convicted Pembroke of murder. Regrettably, the earl successfully appealed this conviction in the House of Lords, and he was released from custody. After this miscarriage of justice, Godfrey prudently left the country for a short time, but upon his return, Muddiman believed the psychopathic aristocrat finally got his revenge against him. Unfortunately, although Pembroke had the classic "means, motive, and opportunity" for the murder, there is no contemporary direct evidence linking him to the crime.

In recent years, historian J.P. Kenyon suggested keeping things simple: Perhaps Godfrey was just a random victim of some anonymous highwayman or footpad? Alas for this prosaic theory, it fails to explain the curious fear and depression Godfrey exhibited before his death. And if he was just another robbery victim, why was jewelry and money left on his body? On the other end of the spectrum, Stephen Knight--he of the infamous "Jack the Ripper Royal Freemason Conspiracy" fame--saw Pembroke as a "hit man" hired by the Peyton Gang to kill Godfrey, thus ensuring that the magistrate would not reveal their secrets.

So, how did Edmund Berry Godfrey die? Was it suicide, a political assassination, a vendetta by groups eager to shut Godfrey's mouth, a revenge killing, an ordinary street crime, a high-level conspiracy?

[Note: It is often related as a "startling coincidence" that Green, Berry, and Hill were hanged at a place called "Greenberry Hill." However, the historical record is surprisingly confused about whether the site was originally known by that name, or if it acquired that designation later, as a result of the notorious executions.]
Posted by Undine at 4:35 AM