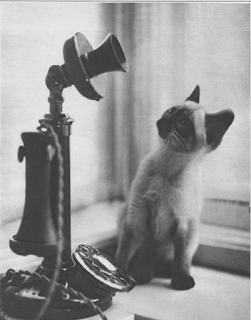 What the hell caused a mass tree fall in Washington state?

What the hell was the Grafton Monster?

What the hell happened to William Hare?

What the hell happened to Alfred Beilhartz?

What the hell happened to Ann Bonny?

A recently-discovered site may be the oldest known temple.

The first campaign of the U.S. Army didn't go so well.

What was possibly the world's worst shortcut.

Bad winters in Britain's past.

The weird early days of the Lindbergh kidnapping.  Actually, everything about that case was weird.

The hunt for the real McDonald's french fries.

Was Robin Hood an executed outlaw named Robert of Wetherby?

More on the life of Teresia Constantia Phillips.

A mysterious murder at Harvard.

A murder case and a possible miscarriage of justice.

That time a group of hunters was attacked by alien robots.  As a side note, in 1964 my family lived not far from Cisco Grove.  Coincidence?

Something is heading towards our planet and nobody knows what it is.  In other words, 2020 is ending true to form.

How America's worst serial killer got away with it for 40 years.

The man hidden below Trafalgar Square.

Remember that mysterious Utah monolith?  It just got even weirder.  And now Romania is getting into the act.  (Update: apparently the Romanian one has vanished, too.)

An eight-mile wall of prehistoric art.

The archaeology of beer.

Some facts about Mark Twain.

Arsenic and the Minnesota Murderess.

The life of a royal nun.

A brief history of the Black Seminoles.

That's it for this week!  See you on Monday, when we'll look at a disappearing corpse.  In the meantime, here's a lovely excerpt from one of my favorite musical works.