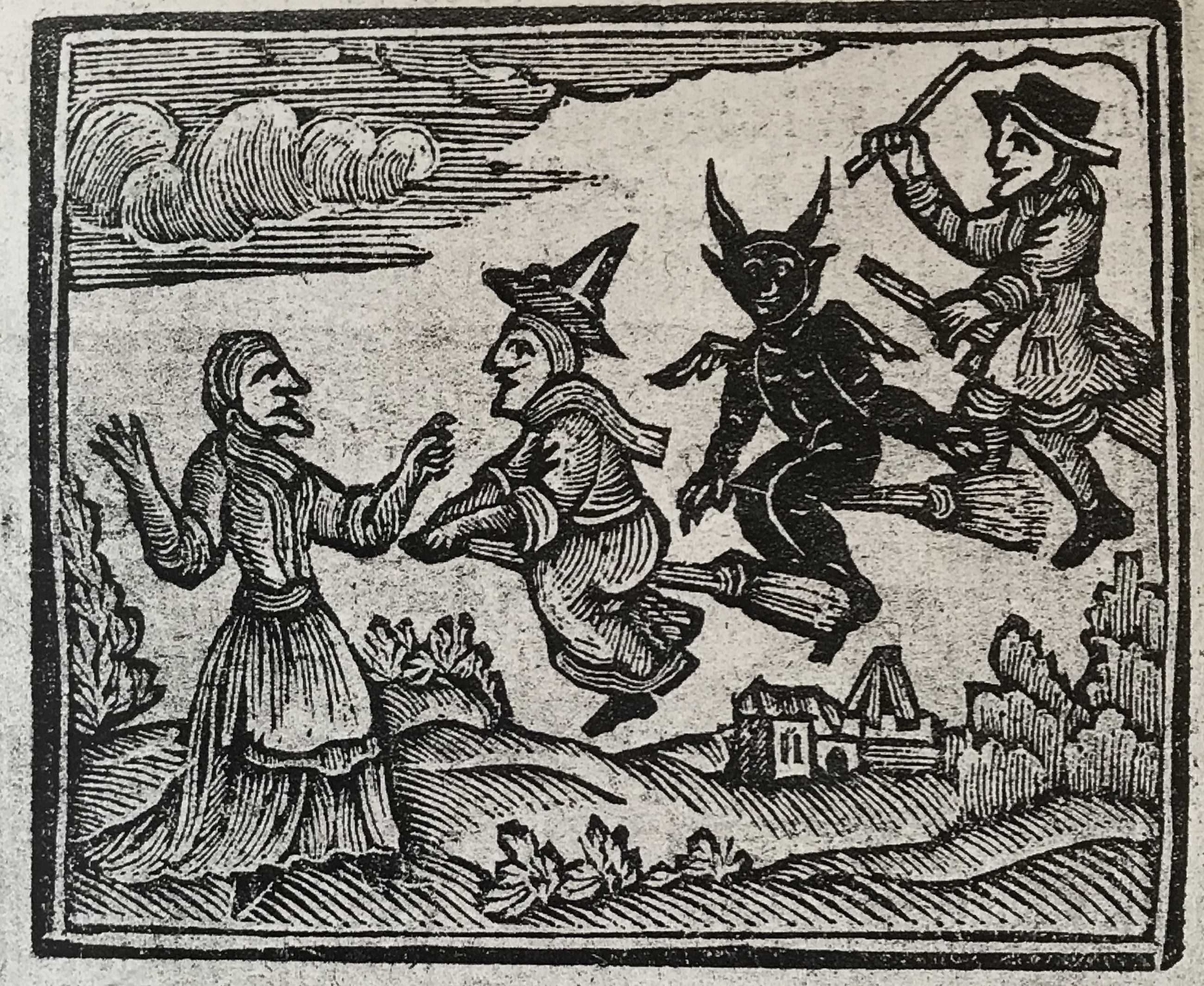 American witchcraft has a long--if not particularly proud--heritage. In fact, colonial history gives the strong impression that the minute passengers stepped off the "Mayflower," they couldn’t wait to start accusing each other of sorcery.

America's first witchcraft trial took place on September 11, 1626, in front of the General Court of Jamestown. The woman unfortunate enough to star in this historical milestone was Joane (or Jane) Wright, a midwife who lived in the community of Elizabeth City, Virginia.

Goodwife Wright's chief accuser was one Lieutenant Giles Allingtone. He claimed that a Sergeant Booth reported that Wright had asked Booth to share some of his meat with her. When Booth declined, Wright put a curse on him that completely ruined his skills as a hunter. In fact, Booth had not been able to so much as wound a deer ever since, despite having "very fayre game to shute at."

Allingtone went on to say that when his wife went into labor with their latest child, he had brought in Wright to act as midwife. Mrs. Allingtone was not happy with this, as she had heard rumors that Wright was a witch. When she realized that--the horror!--Wright was also left-handed, she insisted on a new midwife. Wright, Allingtone added ominously, left their home "very much discontented."

The birth of the Allingtone baby did not go well. The mother's "brest grew dangerouslie sore of an Imposture," her husband came down with a strange illness that lasted for weeks, and, most tragically of all, the infant sickened and died after only five weeks of life.

You guessed it. Their discontented former midwife had obviously placed a curse on the household.

Further trial testimony revealed that Goody Wright had a disconcerting habit of declaring that certain people would soon die--and many of these predictions "came to pass." (A prediction that anyone will die will inevitably come true, but never mind that.) After quarreling with a neighbor's servant girl, Wright threatened she would make the girl "dance stark naked." (Regretfully, it is not recorded whether this "came to pass" as well.) When a neighbor refused to sell Wright any of his chickens, "shortly after the chickens died." Wright's husband, Robert, took the stand, but all he had to offer was the old, "How should I know if my wife's a witch?" defense.

Court records recorded more of Goody Wright's diabolical doings. She herself boasted that back in her hometown of Hull, England, she was acquainted with a witch, who had taught her all manner of magical spells. Wright boasted of using her powers to keep a woman's hand stuck inside a butter churn for hours. On another occasion, she had sickened a rival sorceress. (If you're curious, this particular spell involved throwing a "red-hotte" horseshoe into urine.) After she emigrated to Virginia, Wright made no secret of her magical practices, relishing the fear and awe she was able to inspire among her neighbors. According to one witness, Wright "was a very bad woman, and was accompted a witch among all."

Given all this testimony, Wright was considerably luckier than most accused witches. Although surviving records are vague on how she was punished, it is believed the court did nothing more than impose a small fine. (By way of comparison, some years earlier she had been publicly flogged for improperly hemming a shirt.) The court ruled that Wright was not really a witch, but only "a contentious woman."

Unfortunately for her, Wright's folk magic was not enough to make her prosper in the New World.  Robert Wright was repeatedly jailed for debt, and he died in poverty in 1629. What became of Joane Wright after her trial is not recorded, which is a shame. America's first official witch deserves a larger place in history.
Posted by Undine at 4:41 AM