A Vanishing in Idaho: The Lillian Richey Mystery 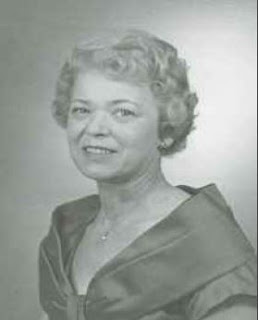 Among the creepiest disappearances are ones where the victim apparently vanished from his/her own home. Equally chilling are the cases where there are virtually no clues indicating what happened to this person. The following mystery managed to combine both these elements, making the fate of one otherwise completely normal person very abnormal indeed.

51-year-old Lillian Richey was a resident of Nampa, Idaho. She had lived alone since the death of her husband, but she had a good job at Bullock's Jewelry, friends, family, and an active social life, so she was far from being lonely or isolated. She was a well-liked woman who had no known enemies or any notable personal problems.

On the night of February 8, 1964, Richey visited a nightclub with an old friend, a California man who was in the area for a cattleman's convention. About 1:30 a.m., the man (whose name was never publicly revealed) drove Richey home in her own car, borrowing the auto to drive back to Boise. One of Richey's neighbors saw the car drive away, immediately followed by lights being turned on in Richey's kitchen. All was quiet and seemingly ordinary.

Around 11 a.m., the California man drove Richey's car back to her home. He was followed by a friend in another car who would drive him back to Boise. They put the car in the garage, and, as the night before Richey had invited them to breakfast, knocked on her door. They were puzzled when she failed to respond. The front door was unlocked, so they opened it and called to her. Silence. The pair entered, and when they failed to find any sign of Richey, they left a note for her, breakfasted in a restaurant, and went to visit other friends in Nampa.

No one realized something was very wrong until the following day, when Richey failed to show up for work. Calls to her home went unanswered. By late afternoon, her co-workers were concerned enough to contact police.

The hunt was on for Lillian Richey. Everything in and around Nampa was searched. All her friends, relatives, and acquaintances were questioned by police. Searches of her home found nothing unusual. All her belongings were in their accustomed places. After checking her clothes closet, friends believed that the only item missing was the black evening dress she had worn to the nightclub. The wrap she had worn that night was found hanging in the closet, but there was no sign of the evening purse she had had with her. Plane tickets she had purchased to visit a son in Moscow, Idaho later that month were untouched. The house was dusted for fingerprints, but the only ones found belonged to the missing woman.

Naturally, the focus of the inquiry was on Mrs. Richey's California friend, the last person known to have seen her before she disappeared. He and his friend were interrogated for hours. Their personal lives were heavily scrutinized. They submitted to lie detector tests. In short, the two men were investigated six ways from Sunday. And their stories checked out completely. The police found absolutely nothing to suggest that either of them were anything other than frustratingly innocent.

So if these two men were not responsible for Richey vanishing, who was? The police found nothing to indicate she committed suicide. Or that she had been kidnapped. Or murdered. Or left voluntarily. It was as clue-free a mystery as you could ever imagine. Police spent years chasing down whatever rumors or tips came their way--they even spoke to a man who claimed he had invented a machine that could find missing people--with absolutely no results. Private detectives hired by Richey's two sons were equally ineffective. It was as if this woman had spontaneously evaporated into thin air.

Although Richey was declared legally dead in 1967, the search for her has never really ended. For years, there were rumors that Richey's body could be found beneath the Nampa school district office building, which was under construction at the time of her disappearance. In 2018, police took that gossip seriously enough to excavate the office floor and bring in cadaver dogs and ground-penetrating radar, but to no one's real surprise, nothing anomalous was found.

The vanishing of Lillian Richey is not only Idaho's oldest cold case, but arguably its most baffling.
Posted by Undine at 4:32 AM