The staff of Strange Company HQ wishes you a Merry Christmas! 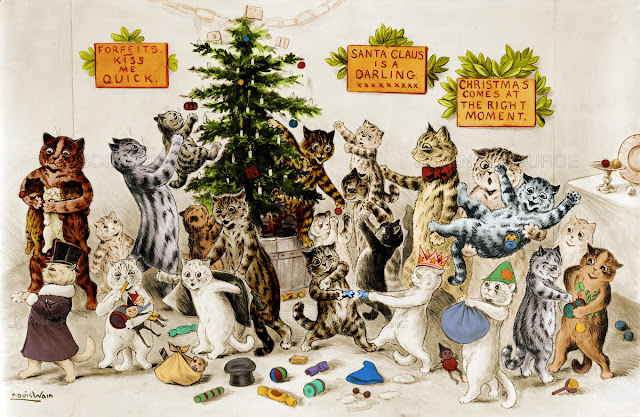 The most famous protest song about fare hikes.

The fisherman who discovered the Loch Ness Monster.  And came to regret it.

Some Christmas resolutions from the past.  Eggnog.  Bah. Get that stuff away from me.

The mystery of a dead hiker is finally solved.

A look at vintage Christmas pantomimes.

A real-life Death in Paradise.

How Christmas 1918 was celebrated.  (Note: the headline's a bit misleading; the Spanish Flu was hardly our "last" pandemic.)

The story behind a famed "murder ballad."

To be honest, I've often thought that if the human race is wiped out, this will be the cause.

The Cat Lady of Spitalfields.

There are worse things than bladder stones.  Like 19th century operations for them.

Winter folklore and the Lightbringers.

A life-saving gift from a princess.

100-year-old photos of the Arctic.

Early humans may have hibernated.

How to steal a corpse.

A high-status Roman burial in London.

Another item from that massive "Pushing back human history" file.

If your flight number is "191," it might be best to cancel your ticket.

The treasure of a 12th century princess.

A black spot and a doomed expedition.

That's all for this week!  See you on Monday, when we'll look at a man with a very mysterious past.  In the meantime, here's more of King's College, Cambridge.